By MyPetNeedsThat Staff
Last Updated April 21, 2022
Every product and service on My Pet Needs That is independently selected by our editors, contributors, and experts. If you purchase something through our links, we may earn a referral fee. Learn more

Dogs who have been abused or isolated carry the potential for multiple triggers. When a canine is subject to several stressful events within a short period of time, the effect can cause them to be triggered later on by scary or upsetting situations. When you find that your pup is acting out, hiding, or becoming aggressive out of seemingly nowhere, the truth is that they may have been triggered by something happening around them.

What is Trigger Stacking in Dogs?

Trigger stacking is defined as a combination of multiple stressful events in a short period of time, which then lead to your dog having extreme reactions to stimuli that reminds them of those events. This can be loud noises or certain sounds, or it can even be something like going on a walk in a place where a stressful event happened.

When multiple stressful events happen to your dog, they add more triggers to their pile. This is why we call it trigger stacking – because your dog is literally collecting triggers from traumatic events, which can all go off individually or together.

What is a Trigger?

A trigger is any action, sound, event, or the like that causes your dog to re-experience their trauma. They are reminded of the stressful and upsetting events that caused their trauma, and may even be reliving it during an episode. For something to become a trigger, it must have occurred during a stressful event, but only your dog knows what they consider to be stressful.

Signs that Your Dog has Been Triggered

Not all triggered dogs will have violent reactions. Some may pace, while others may start barking. It is extremely likely that your dog will fall into one of the three above categories. When faced with trauma, freeze, fight, and flight are natural responses that the brain uses to help them survive and get through the event.

What to Do When Your Dog Reacts Around Other Dogs

If your dog is triggered around other dogs, the actions you take will depend on whether they freeze or not. A dog in the freeze response is going to be quicker to deal with because you have a better chance of moving them or asking the owner of the other dog to walk away.

The issue with trying to move your dog is that they may become defensive when touched and switch to a fight response.

It’s crucial that you watch your dog’s body language after they’ve been triggered. By doing this, you can give yourself a better chance at helping your dog without stressing them out further or risking being bitten or scratched.

The Ins and Outs of Dog Body Language 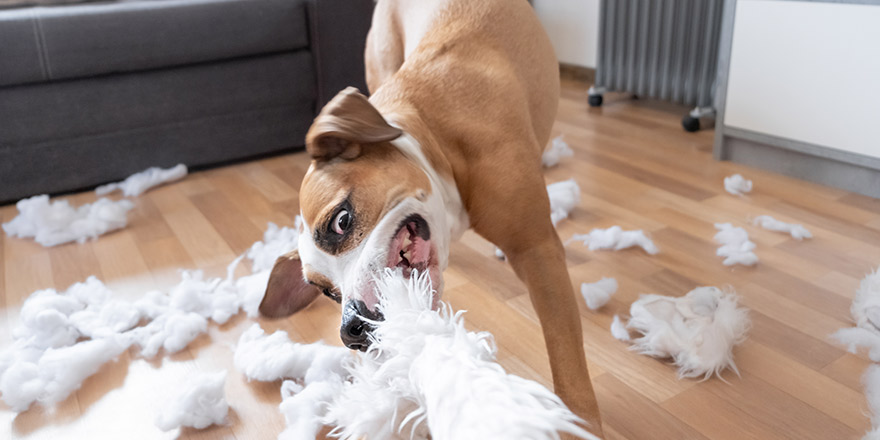 Understanding your dog’s body language really isn’t too difficult. Dogs react in similar ways to humans when they have a stress response or are triggered by something. First, you must understand what your dog’s world becomes when stress hormones are released and they become triggered.

A dog learns how to respond to the world around them. When they are faced with loud noises, they hide or try to make themselves louder because the noise is startling to them. Each individual dog reacts to the stress hormone in different ways, but they share similar body language which you can learn.

The Body Language of the Stressed Dog

Why it’s Important to Understand Your Dog’s Body Language

Though we’ve given a basic example of the body language and behavior of a stressed or triggered dog above, it’s important to understand that your puppy or adult dog will have their own way of showing that they are stressed or anxious.

Trigger stacking dogs will have cumulative stress that can come out in various ways. It doesn’t just change their behavior when they’re triggered, it changes their personality and the way they react to day-to-day situations. Your dog will have hair-trigger stress levels, which means that triggers can set them off at any time.

It’s difficult for dog owners with a new dog to understand what kind of help their trigger stacked dog needs, but if you’re here reading this, then you’ve made an excellent start because you’re trying to understand your dog’s needs.

How Trigger Stacking Affects Your Dog

An animal with trauma that causes them to be triggered will live in fear around their triggers. Dogs who have abusive pasts or those who were isolated out on the street will need a person to help them acclimatize to their new live. Any pet parent who takes on a dog with this kind of stress needs to be unendingly patient, kind, and willing to learn.

Your dog may often go off to their own area to rest or hide away. This is normal for the most part. The time to be concerned is when they have run from the room to go and hide under a bed or cower in a corner. Dogs with stress often get tired because they are constantly looking around them for threats.

Stress like this may cause your dog to lose weight because they don’t feel like it’s safe to eat. They can become unhealthy because they deny themselves their basic needs. If you realize that your dog isn’t eating as much food as usual or is losing weight, seek advice from your vet as soon as possible. You don’t have to try and treat a traumatized dog alone, there are treatment plans that your vet can go through with you.

Traumatized dogs also shouldn’t be left alone with a child. It’s unfortunate, but it’s best not to take the risk of your dog entering a fight response if they are triggered around a young child. That’s not to say that trigger stacked dogs can’t be adopted by families, just that most shelters will prefer that they go to a quiet home with no other pets or children so that they can get the attention they need while they recover. 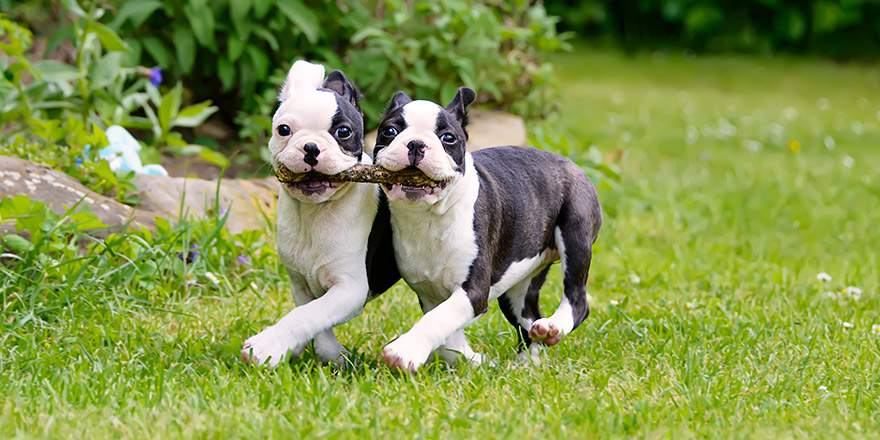 Stay calm around them no matter what. There’s no reason to raise your voice at your dog or make yourself appear threatening.

Get down to their level when they look scared. Make yourself smaller and mimic some of their behavior.

Give your dog their own private space where they can hide away. Procure a large dog cage, fill it with doggie blankets, pillows, and plush toys. Cover the cage with a throw to make it more private.

Make sure your dog gets ample time outside, but supervise them around other dogs. Long, quiet walks are great for building their confidence.

Spent a lot of one-on-one time with your dog to help them realize that you aren’t a threat. The more you bond with them, the better.

Trigger stacking is not something you can prevent from happening before you get your dog. The triggers that they have will need to be trained out of them with help from dog trainers, your vet, and your own efforts. To preventing trigger stacking later on, avoid putting your dog in stressful situations or leaving them around people or things that trigger them.

When you have a stressed dog, your first port of call should always be your vet. Vets will have seen your dog's behavior before and can give you advice on how to cope with their trauma and help them overcome it as best you can. They may also advise that you put your pet in with a private dog trainer to help them regain any confidence that they've lost.

Only take on a dog with trauma if you have the time to dedicate to their recovery and wellbeing. A dog with triggers needs a lot of positive reinforcement, their own private space, and a compassionate pet parent with plenty of time on their hands. It's important to realize that trigger stacking causes a lot of stress in dogs, and they aren't likely to act like any other dog you've met. Be patient, kind, and loving.

Dogs
The Best Joint Supplements for Dogs in 2022
25 Dog Health Warning Signs: What To Look Out For