By MyPetNeedsThat Staff
Last Updated June 2, 2022
Every product and service on My Pet Needs That is independently selected by our editors, contributors, and experts. If you purchase something through our links, we may earn a referral fee. Learn more

A team combining veterinarians and researchers working at the University of California in Davis has developed a new and exciting way to detect the canine disease Leptospirosis. Typically, this disease would be fatal to all canine breeds without early detection, and dogs suffer through several awful symptoms once the disease sets in.

Leptospirosis is a disease that is caused by the Leptospira bacteria. Once infected, a canine may experience varied symptoms, or they may not show any symptoms. Unfortunately, symptom-less dogs are very difficult to diagnose in time because there’s no sign that anything is wrong, so dog owners won’t know to take their pup to the vet and have them checked out.

As lead author Krystle Reagan says: “Traditional testing for Leptospirosis lacks sensitivity early in the disease process.” It isn’t a disease often caught in its very early stages because of the lack of early symptoms. It can take more than two weeks to detect the disease traditionally.

Symptoms of Leptospirosis can include fever, weakness, vomiting, diarrhea, and severe muscle pain. It’s unfortunate that Leptospirosis shares many of its symptoms with other canine health conditions.

In dogs, an infection of this type results in liver disease, bleeding inside the lungs, and kidney failure.

Where are the Bacteria Found?

The bacteria that causes Leptospirosis can be found in urine-contaminated soil, food, and bedding. It’s also possible to contact Leptospira bacteria in rivers, lakes, and streams. If an already-infected animal has used the same water or is carrying the disease and bites your dog, they can pass on the bacteria.

Leptospirosis can be spread from animals to humans, but humans are more likely to get the disease from being in bodies of water than from an infected pet. For example, a pet would need to bite you or you would need to somehow get the bacteria from their body into yours – an example could be rubbing your eye after cleaning up their waste without washing your hands.

How Does the AI Detection Work? 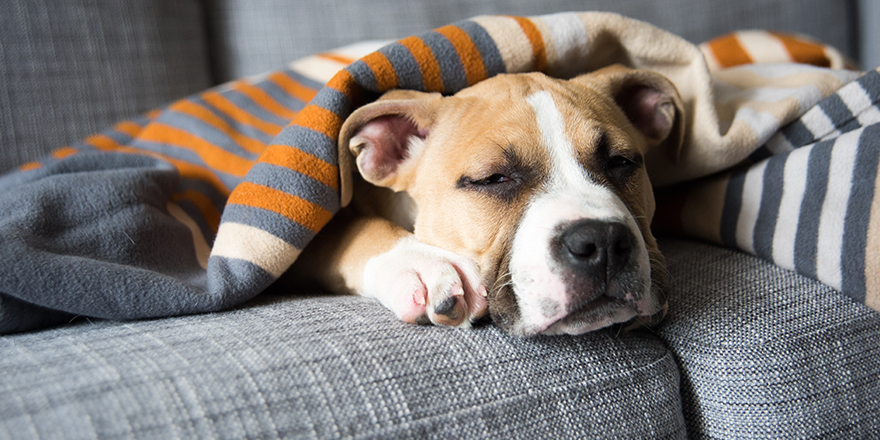 The model for the detection process was created by examining data from routine lab work that involved over 400 dogs. All dogs were being tested for the disease.
The AI was tasked with using complex statistical methods to look for patterns in the dogs’ bloodwork that could be associated with Leptospirosis. Through this, researchers were able to modify the system to look for Leptospirosis through their predictions.

It was then tested on a new, smaller group of dogs, where the model correctly identified the nine cases among the group.
Your dog’s bloodwork can be put into a computer that looks for these patterns to identify the disease early.

What This Means for you and Your Dog

The purpose of the model is to become an online resource that any veterinarian can use from their workplace. It will be able to flag the patterns of Leptospirosis and alert a vet when the disease is present.
This type of technology could even have the potential to detect other diseases in the future, making a diagnosis that much faster.