Why Are Pitbulls So Clingy? Understanding Your Pup’s Needs

By MyPetNeedsThat Staff
Last Updated June 20, 2022
Every product and service on My Pet Needs That is independently selected by our editors, contributors, and experts. If you purchase something through our links, we may earn a referral fee. Learn more

Despite their past and reputation, most Pitbulls are clingy dogs that constantly seek human companionship and affection. The Pitbull loves to spend excessive time with their owner and may even become aggressive or upset if left alone for long periods.

For dog owners who are new to owning a Pitbull breed, you may be surprised by their clingy nature. Pitbulls are sometimes referred to as “velcro dogs” because of how needy they become around their human companions. As their owner, you must become familiar with their body language and help your dog feel safer and more relaxed at home. This guide will help you understand why you have a clingy dog and how you can help your dog feel more confident away from you.

Why are Pitbulls so Clingy? 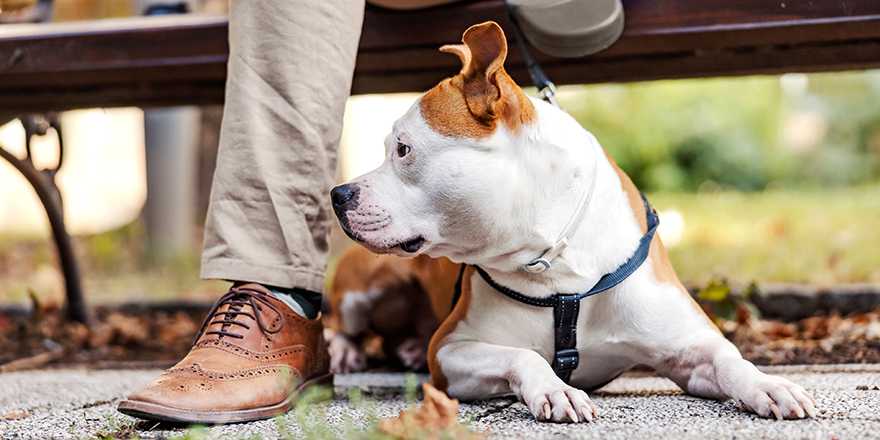 Clingy Pitbulls get their behavior from selective breeding. Today’s Pitbulls have been bred to be perfect human companions and are excellent family dogs for any size of home. But, this has come with a heavy price. Many Pitbulls suffer from separation anxiety and hate being without their owner. Once they bond with a human, their dependency can become incredibly unhealthy, so it’s important to set boundaries with your Pitbull from as young an age as possible and actively encourage their independence.

If you’re adopting an older Pitbull, you may find that their affectionate nature is taken too far, and they get very stressed if they aren’t near you.

Do Pitbulls Require a Lot of Attention?

The short answer is yes. Because of how Pitbulls have been bred, the modern version of the breed is designed for human companionship. All Pitbull Terriers are inherently needy dogs that often develop velcro dog syndrome and require constant attention from their owners. Pitbull owners who are not prepared to offer consistent and constant attention may need to find other forms of affection for their pup.

This may be a daily dog walker, other dogs in the house, or toys that provide mental stimulation while the owner is out at work or running errands. The situation may not be so dire if the Pitbull Terrier is young and has not learned clingy behavior yet.

Why are Pitbulls so Affectionate?

As we mentioned above, Pitbulls today are so clingy and affectionate because they have been bred to be great companion dogs to humans. Smaller dog breeds are often selected for this role because their size makes them the better choice for a lap dog.

If you choose between a Pitbull and an Alaskan Malamute for a house pet, you’d most likely go with the Pitbull. They’re smaller, known for their loyalty and affectionate nature, and very easy for new owners to care for. Though there are certainly many affection large breeds of dogs in the world, smaller breeds are more manageable.

Are Pitbulls Affectionate with Other Dog Breeds? 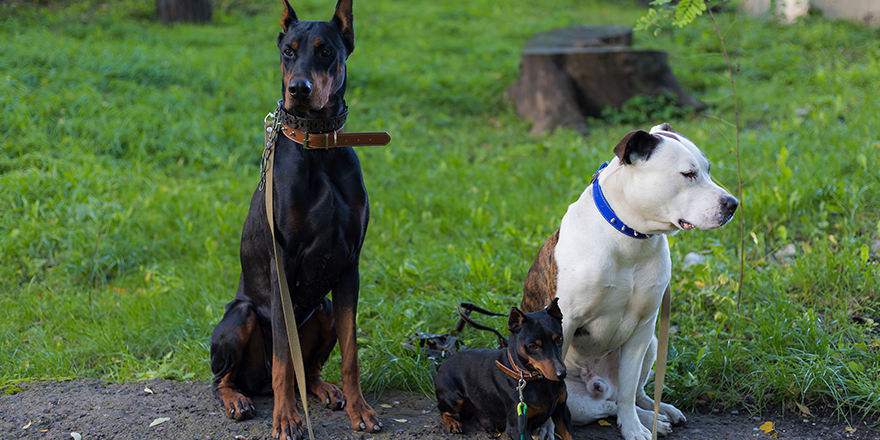 A Pitbull will have no issues with other pets in the same house, whether they are a dog, cat, or something else entirely. Of course, this isn’t always the case because you can’t foresee how two pets will interact before they first meet each other, but Pitbulls aren’t aggressive dogs.

If your Pitbull and any other pet in your home seem to be having issues, consider re-socializing them. Follow the same steps you would as if you were introducing them, and let them get used to each other’s scents before you put them back in the same room together.

Pitbulls love to cuddle. Their clingy behavior practically ensures it! Owning a Pit Bull is a sure-fire way to being tackled by a small furry animal every time you come home. But, they will always be happy to see you and always want your love, attention, and affection.

Pitbulls who don’t enjoy your company may be upset. Not always upset with you, but perhaps upset with a change in their environment or something that has happened to them in the past. If you feel that your dog isn’t happy, or is showing signs of fear or depression, seek professional advice from your vet.

There’s a plenty of reasons to adopt a Pitbull as a companion dog. These little dogs have almost too much love to give. They’re incredibly friendly, fun to be around, and have a goofy personality. It’s nearly impossible to be around these smiley dogs and not be entertained.

Beyond that is their loyalty. Your Pit Bull will not want to be away from your side. They will keep you company even on days when you don’t want to get out of bed, and they’re very good at sensing their owner’s mood. This breed of dog is highly trainable and intelligent, so they are sometimes employed as companions or therapy dogs for vulnerable individuals. 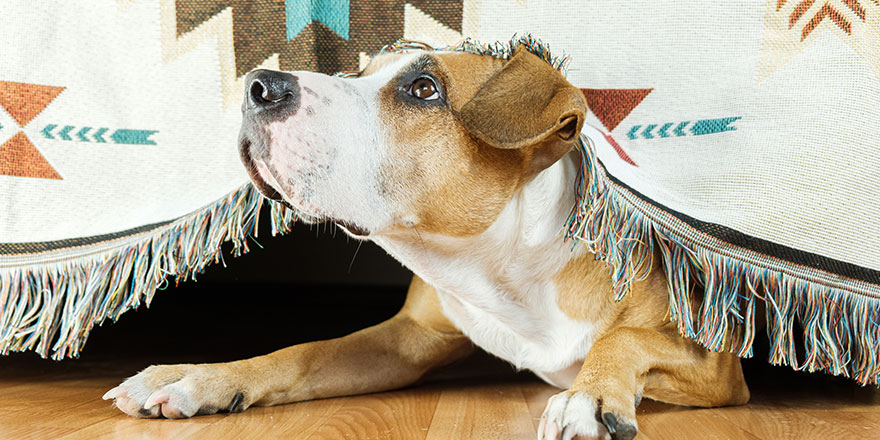 Because they love so much and deeply, it’s not unusual for a Pitbull to suffer from separation anxiety. Separation anxiety is when the dog becomes increasingly distressed the longer they are away from you. They panic when they aren’t near you and may physically cling to your body to be closer.

Pit Bulls with this condition should not be left alone until they have undergone the necessary therapy and treatment to help them recover from their anxiety. Unfortunately, separation anxiety never fully goes away. Still, you can make your dog’s life much more manageable and help them cope with their symptoms better by getting them some professional help and a treatment plan.

How do Dogs Develop Separation Anxiety?

Some dogs can naturally develop separation anxiety due to their breeding and personality. Others will develop it after a traumatic event in their life, such as being abandoned or abused. Once the dog feels some semblance of safety again, many things can trigger their anxiety. Still, separation anxiety takes the form of the dog’s inability to cope with separation from the human they consider safe.

How to Deal with a Velcro Pitbull

If you are prone to overusing positive reinforcement – for example, rewarding your dog with treats for just coming up to you – your dog has likely learned to depend on you for their positive emotions. In addition, dogs who have been abandoned, rescued, and rehomed can also develop velcro dog syndrome.

To handle a velcro dog and start to reduce their clingy behavior, you need to set firm boundaries with them as soon as possible.

Leaving a Clingy Pitbull at a Doggy Daycare

Before leaving a clingy pup at a daycare or boarding facility, let the carers know about your dog’s issues. Some facilities may not be prepared to deal with a distressed dog for several days in a row, or they may not have the right employees available when your dog needs care.

It’s the same with dog walkers and any other dog services that use non-family members. It’s not a great idea to leave your dog with strangers who aren’t familiar with your pup’s behaviors without warning if they have anxiety issues.

How to Build Trust

Building trust with a dog can start rocky, but you’ll soon have a lifelong companion who adores spending time with you. So start small, aiming to get your dog in the same room as you.

Socializing and training your pup will make them feel more comfortable around you and other people or animals in your home. This process is slow, but a proper introduction allows a Pitbull to form a bond. Never immediately introduce a new dog into the main part of your home where every house member is. Instead, give them their space for the first week or two while they get to know everyone and their scents.

When training your Pitbull, be aware of their potential for becoming clingy. You’ll want to focus on teaching them commands to avoid this type of behavior, such as the commands for “sit”, “stay”, and “no”. Screaming at your dog isn’t going to get you anywhere. You must demonstrate the command to them each time you say it until they start catching on. Remember to reinforce their training with their favorite Pitbull dog food, treats, or praise.

What to Do When Your Dog is Showing Destructive Behavior

If your pup has become destructive, they could be lashing out to get your attention. Seek advice from a dog behavioralist who can help you figure out what has changed to make your dog rip your throw pillows and dig up your garden.

You should make a list of any recent changes. These can include new food, moving furniture, new pets or people in the house, and more.

Bathing your dog is a great way to build trust. Plenty of dogs get stressed when being groomed, so this is good practice for your dog. You might not always have time to bathe them, after all. Start with a quality dog shampoo suitable for Pitbulls and just a little water in the bottom of a bathtub. Let the water flow over your skin and show your dog that it doesn’t hurt before you try washing them.

As your dog becomes more relaxed, you can increase the volume of water in each bath or spend more time grooming them. Eventually, you could even move on to teaching them how to swim in a backyard paddling pool. This is a great gateway to taking a beach trip with your canine companion.

Why Do Pitbulls Have a Bad Reputation?

In the 1980s, it was popular for Pitbulls to be bred for dog fighting. They were selectively bred so that the more powerful and aggressive dogs were put together to create similar puppies. The media caught this unethical breeding, which publicized Pit Bulls being used in dog fights and made them seem naturally aggressive, which gave Pitbulls a bad reputation.

The reality was a breed full of traumatized, terrified dogs who had no choice but to fight other dogs to survive and were trained to fear their owners.

Aggressive dogs are not born, they are made. The “aggressive” Pitbulls would have been abused, starved, and forced into dog fighting. Their suffering is at the heart of their bad reputation, which is incredibly sad.

The entire set of bully breeds and some mastiffs are affection varieties of dogs. It's extremely common for a Pitbull dog to be clingy, no matter which type of Pitbull they are. In the event that you aren't looking for an over-affectionate family dog, you may want to stay clear of all bully breeds. Pitbulls may not look like affectionate dogs at first, but these goofy pups will steal your heart.

Helping your Pitbull relax will take some time and effort on your part. Positive reinforcement is great, but overusing it leads to velcro syndrome. Only give your dog praise and treats after they've actually earned it - for example, after completing a trick or listening to a command. You can set up a quiet area in your home for your dog to retreat to. Like humans, dogs enjoy having their own personal space. Pad out a large dog cage and place it in an area that doesn't get much footfall during the day. That's definitely a start.

Dogs
Blue Nose Pitbull: Breed Information, Characteristics, and Facts
All You Need to Know About the Red Nose Pitbull

Dogs
The Best Dog Food for Pitbulls in 2022
How Much do Pitbulls Shed?

Dogs
5 Tips on How to Care for a Pitbull