Why Do Pit Bulls Have a Bad Reputation?

By MyPetNeedsThat Staff
Last Updated June 10, 2022
Every product and service on My Pet Needs That is independently selected by our editors, contributors, and experts. If you purchase something through our links, we may earn a referral fee. Learn more

For Pitbull lovers and enthusiasts it can be infuriating that there are those that still believe these dogs are dangerous. To add to the matter, the Pitbull isn’t a standalone breed and is actually an umbrella term used for four different breeds, so the stereotype doesn’t just apply to one dog.

The fact of the matter is: that any dog, if not trained or socialized appropriately can become belligerent. So why do Pit Bulls have a bad rap? We’ve explored everything to know below to answer the question and, for aspiring Pit Bull parents, also included some important information and links about how to take care of one of these endearing animals.

Originally, Pitbulls were commonly associated with bull-baiting and dog fighting since they descended from canines that would take part in the sport. However, after the sport was formally banned in 1835, their reputation gradually began to improve as they were seen as courageous, loyal animals associated with politicians and celebrities.

Unfortunately, despite the increase in popularity, there are still those that affiliate all types of Pitbulls with aggression and violence. To this day, their reputation remains rocky, and even worse, they are still bought and used in illegal fighting rings in many countries.

Where Did Pitbulls Originate from?

Pit Bulls are said to originate from the British Isles during the 19th century when cruel blood sports such as bull-baiting were a regular occurrence. To be more precise, Bulldogs and Terriers were the canines originally used for the sport but they went on to create the Pitbull we are familiar with today.

What Were Pit Bulls Bred for?

The harsh reality is that the Pit Bulls, along with many more breeds, were originally and specifically bred to take part in blood sports. Their stocky, strong physique was perfect to take on other vicious dogs and withstand injuries.

As mentioned previously, the term Pit Bull is actually used to refer to four recognized breeds. All of which contain very similar physical attributes and personality traits but still have individual defining traits to set them apart from one another.

The different Pit Bull types are:

Why Do Pitbulls Have a Bad Reputation? 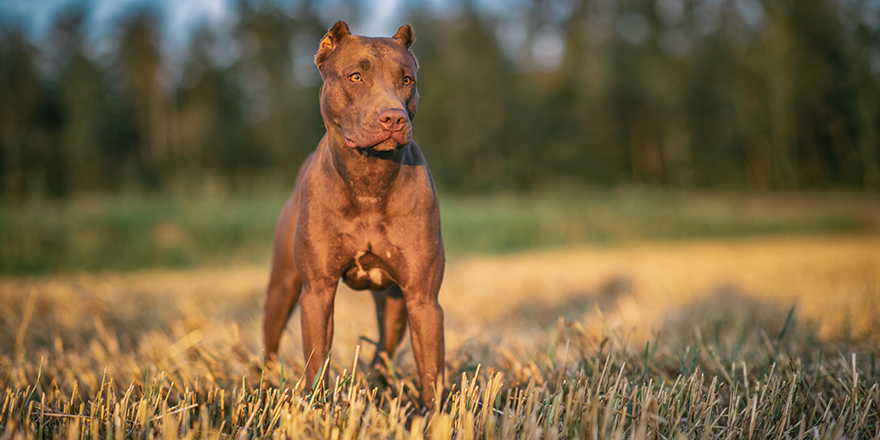 In essence, every breed of Pitbull is rumored to have volatile traits that stem from their pedigree and the unfortunate fact is that misinformation spreads like wildfire. Of course, it’s known that each breed of dog has general personality aspects but what a lot of people forget is that it’s completely common for dogs, and even cats, to have individual traits that make them special.

So, first of all, let’s answer one question and debunk the stereotype – Are Pit Bulls aggressive? The simple answer is no, far from it. These dogs may have been bred to fight but they are naturally very nurturing dogs and make great family pets. Most pet owners will agree that Pitbulls are loyal, brave, and incredibly affectionate dogs that deserve more positive recognition.

Although I write this in an attempt to inform people of the misinformation surrounding these dogs, it’s important to know that you will occasionally find a Pitbull with behavioral problems. However, this can be said about any dog breed and can often be combated with proper training and early socialization. Since dogs have traits that mark their individuality you will come across those that can be stubborn or misbehave but it’s not as common as you may think.

Expanding on the previous point, a big influence on a dog’s attitude stems from the way they are raised and who they are raised by. Sadly, when puppies fall into the wrong hands they won’t get the love, discipline, and dedication it needs to grow up happy and healthy. In cases where Pit Bulls are raised by the wrong dog owners, they will sometimes succumb to volatile and/or aggressive behavior.

Since Pit Bulls have an intimidating appearance, many gangs and criminals own these breeds as a symbol of power. They are specifically used to enhance a gang’s or individual’s status to make them appear more threatening in an attempt to gain power and control. As such, gangs are known to breed Pit Bulls and use them as weapons against victims or other rival criminal factions.

According to various sources online, Pit Bulls are responsible for more dog bites than any other breed. Also, as a result of their ‘bite and shake’ technique they are also responsible for more fatal dog attacks. However, conflicting research dictates that aggression is not directly related to breed and that a large number of attacks are the result of dogs being unneutered.

Pit Bulls and other dogs such as Doberman Pinschers, German Shepherds, Rottweillers, and many other breeds are known to have intimidating appearances which don’t go in their favor to some. As the Pit Bull’s reputation is already rocky, their large, muscular builds and hardened facial features don’t help matters.

The Result of a Bad Reputation 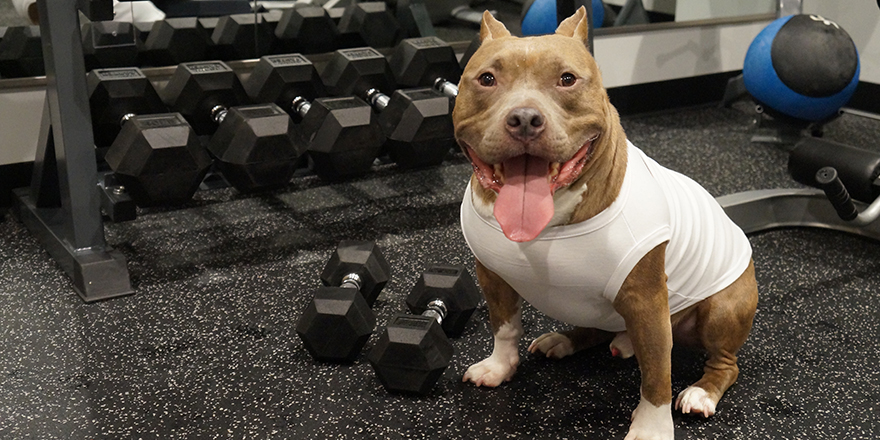 The Pit Bull’s bad reputation has led to a number of outcomes. For example, through breed-specific legislation, over 900 cities have banned the Pit Bull. More troubling, the stigma and stereotypes surrounding the Pit Bull have resulted in the abandonment of many pups as well as an overall avoidance of any Pit Bull-related breed. In a survey conducted in 2019, it was stated that around 50% of US PitBulls were looking for a new home which was an estimated 10% more than the previous year. Also, the average breed spends a third of a Pit Bull’s time in a shelter waiting to be adopted.

In addition to the points above, even dogs labeled as ‘Pit Bull” in shelters are avoided greatly, leaving many without a potential loving home and other dogs euthanized. In fact, studies suggest that the Pit Bull is the most euthanized breed in animal shelters.

Pitbulls’ jaws do not lock into place when they bite down on something. These dogs are far more likely to keep holding something and shake which, due to their strength, can appear as if their jaw has locked into place.

2. Pit Bulls Have the Strongest Bite

If you’re bitten by a Pit Bull, it can sure seem like they have the strongest bite but compared to other dogs this isn’t the case. In fact, there are several breeds that have a more powerful bite.

3. They Don’t Get Along with Children or Other Animals

On the contrary, Pit Bulls are gentle and have a watchful eye where children and pets are concerned. They have even been known to adore playing with kids and even take basic commands from them. It’s understandable to be nervous when seeing your dog with kids but if you’ve invested a lot of socialization and obedience training in them from an early age they will behave amazingly well.

4. Pit Bulls are Difficult to Train

Any dog owner is bound to run into hurdles at some time when training their pooch and the Pit Bull is no different. However, your dog’s personality will surprise you and it’s a common misconception that Pit Bull breeds are stubborn. If you apply the appropriate method and a lot of patience, your training session will pay off. 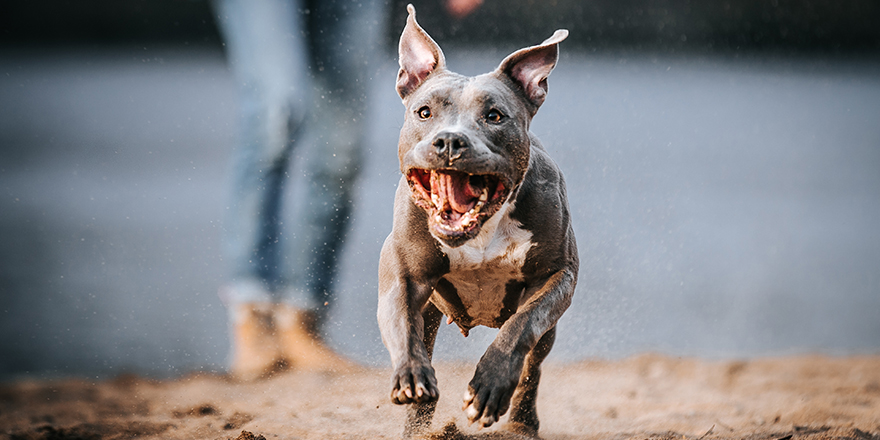 If Pit Bulls were truly aggressive and violent animals there would be very few still circulating and people would not be attempting to advocate the breeds. In fact, if you do an internet search of Pitbulls you will find an extensive selection of articles praising the dog breeds for their numerous incredible qualities.

The bottom line is that any dog is capable of becoming aggressive and Pit Bulls are no exemption. Thanks to their history of bear-baiting, dog fighting, and being a top pick for gang members their reputation is left in tatters but it’s crucial to understand that raising a dog is key to how their temperament and behavior develop.

Want to Own a Pit Bull?

The easiest place to look is in your local shelter and to top it off we have plenty of resources to help you raise and nurture your pup.

When owning one of these dogs always seek out professional advice to understand the best way to raise and care for your Pitbull. Make sure to do extra research into the best Pitbulls diet, hygiene routine, and training options to ensure you can provide the best care.

All You Need to Know About the Red Nose Pitbull

Dogs
All You Need to Know About the Red Nose Pitbull
Blue Nose Pitbull: Breed Information, Characteristics, and Facts

Dogs
How Much do Pitbulls Shed?
How to Make Your Pitbull Muscular in 3 Steps