By MyPetNeedsThat Staff
Last Updated July 12, 2022
Every product and service on My Pet Needs That is independently selected by our editors, contributors, and experts. If you purchase something through our links, we may earn a referral fee. Learn more

Planning on getting yourself an adorable Pitbull puppy and are yet to pick the perfect name? Choosing the right name to suit your new puppy can be a task in itself as it’s something that will stick with them for the rest of their lives.

So if you’re looking for inspiration you’ve come to the right place. We’ve composed several lists of names that could effectively narrow down your search, from cute Pitbull names to tough Pitbull names. We’ve got you covered!

Where To Start – Some Helpful Tips

A lot of dog lovers choose names based on unique traits or markings that their dog has whereas others take names from Greek mythology. Others choose cute names that are commonly associated with that dog breed, such as Rex for a Rottweiller or Bernie for a Saint Bernard.

Below you can find lists brimming with cute, common, tough, cool, and badass Pitbull names. Take your time combing through the options as some names may suit one type of Pitbull more than another. 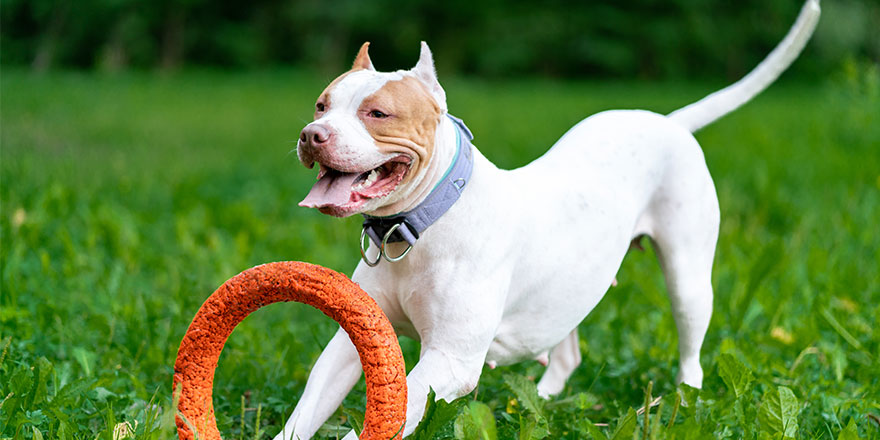 With possibly thousands of dog names circulating it can be difficult to land on the perfect name to give your furry friend. The important thing to do is to take your time. Some dog owners land on a name almost instantly but can sometimes come to regret it later down the line after getting to know their canine.

For Training Purposes – Keep It Short

It’s recommended that you choose a name that’s not too long and therefore too difficult for your dog to pick up, especially when they’re puppies. Dog training can be a challenge from the start, so if you’ve chosen a name that’s too long, your puppy will progress slower.

Having said that, if you’ve got your eye on a name that may be too long, try to think of a shortened version or nickname that they will recognize with ease. This will make issuing commands as well as the training process a lot simpler.

If you haven’t already, why not do some further research into the Pitbull you’re getting to see if ideas begin to flow. Of course, every dog’s personality is different but there’s a lot to be said about Pitbulls in general that might spark some inspiration for the perfect name.

There’s a lot to say about Pitbulls and their personalities. They are known for having some of the most endearing qualities that any dog owner would be grateful for. These include:

To top things off, Pitbulls are notoriously underrated as most still believe the harsh rumors that circulate about the breeds and any mixes that are affiliated with them. This factor is upsetting to think about but may spark some ideas or inspiration for picking a unique name.

To some, choosing the right names comes naturally. Maybe naming your dog after someone or something special is the right choice to make. Perhaps giving your dog a name that closely resembles the name of a past pet you miss is the answer.

However, if this is something you mull over a lot, don’t put too much pressure on yourself to get it right. Even if you choose something not even remotely special, your dog’s name will become meaningful over time when you and your pup have formed that close bond.

Whatever name you decide to go with is, of course, going to be their name for the rest of their lives. Even if you haven’t chosen a name that has sentimental meaning to you, your Pit Bull’s name will become special as time goes by because it’ll be unique to them.

The Most Popular Pitbull Names 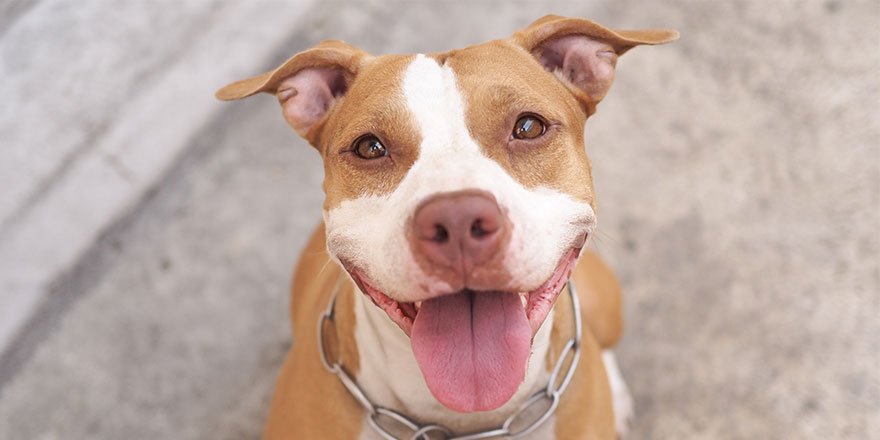 In case you were wondering what names are most commonly used for both male and female dogs we’ve composed a list of the top ten for each gender. For some, it’s not an issue whether their pup has a popular name. However, it’s worth considering how many dogs at the park would come running when you call a particular name.

To add, it’s not only about a potential stampede heading your way at the dog park, but about how simple it could be for someone to guess the name of your dog. Not everybody is the kind-hearted person we think they are and may take advantage. Of course, this can be easily combated during training in your pup’s early years but it’s worth keeping in mind.

Here, we give the top ten list of female Pitbull names:

Although it may be off-putting to choose a name that many other dogs will have, any of these will still make good Pitbull dog names. However, it’s that little bit more crucial to ensure that you get your dog trained effectively to ensure they don’t answer to the wrong person. 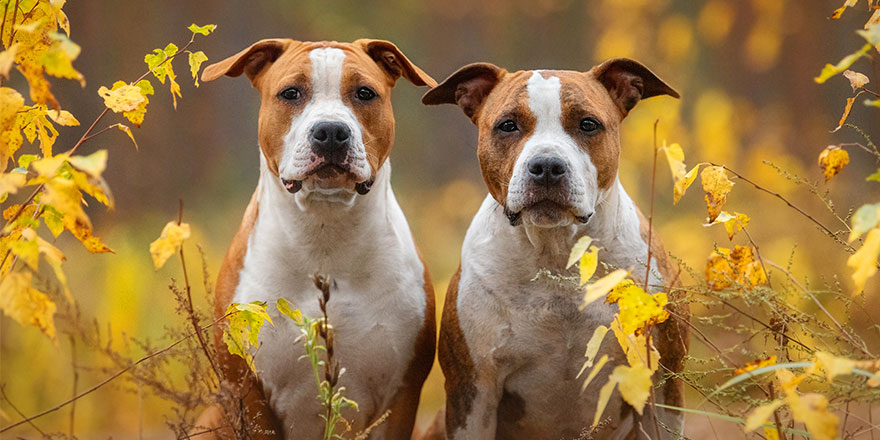 Despite still having a rough reputation, Pitbulls have been present in media for decades. In fact, many famous historical figures and celebrities have proudly owned and loved these incredible dogs. Below you can find some famous Pitbull names if you’re looking for inspiration from history.

Some could argue that a lot of the best Pitbull names can be used for both boy and girl dogs so we’ve compiled list of great options for you to consider: 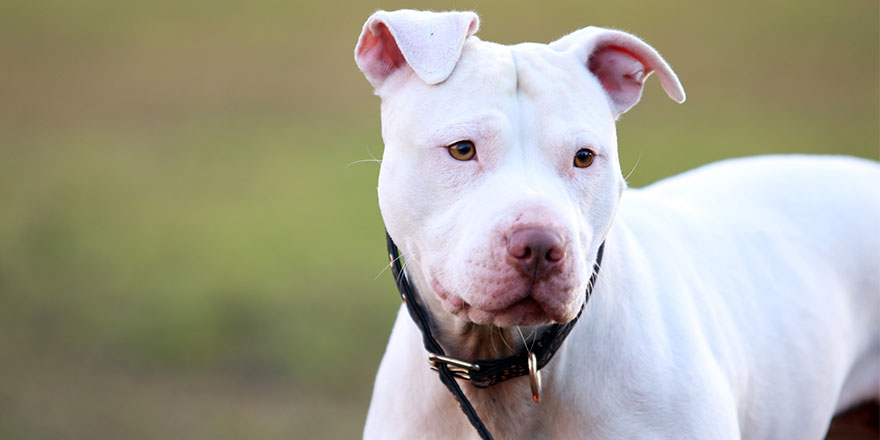 Since the Pitbull comes in a few color ranges we’ve separated out a few that would be best suited for specific coat colors and markings. To kick start these lists, we’ve got some of the best Pitbull dog names for those with snowy white coats. 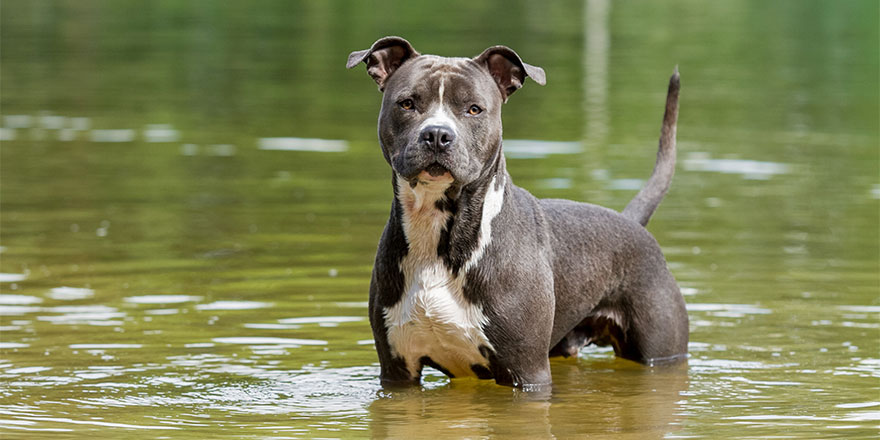 For those furry family members with gorgeous grey coats, you may find the perfect pick from the list below. 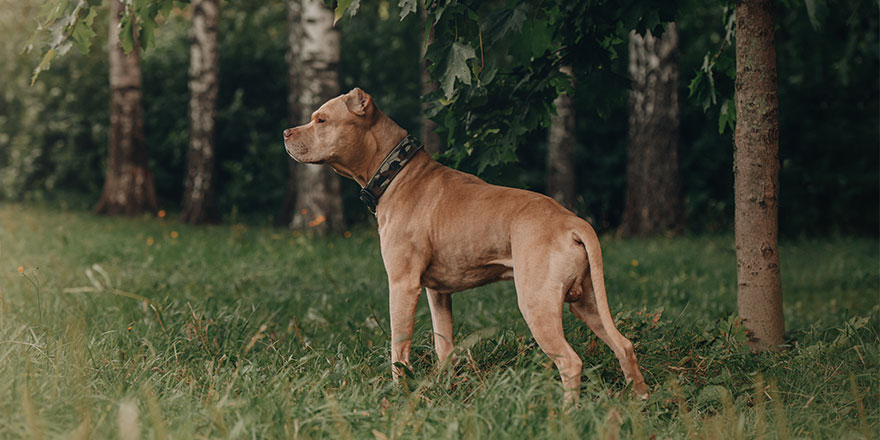 A Red Nose Pitbull is a beautiful variant of the American Pit Bull Terrier. These dogs tend to have a feisty yet lovable nature and come with a stunningly radiant red coat complete with a red nose.

If you’re specifically naming a Red Nose Pitbull and are on the lookout for something very fitting, take a look at the options below: 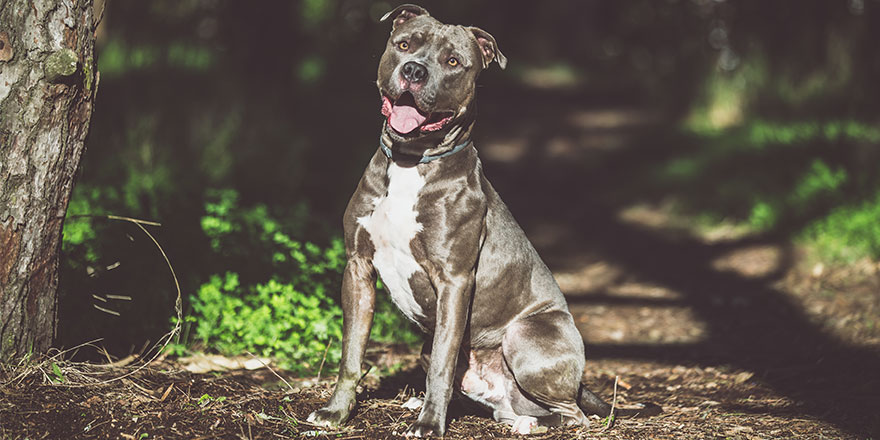 Like the Red Nose Pitbull, the Blue Nose Pitbull is also a stunning variant of the American Pit Bull Terrier. However, these Pit Bulls have a shiny grey/silver coat and grey nose commonly referred to as blue. This is because their coats are diluted black or grey which has undertones of saturated blue. Here are some great names to give Blue Nose Pitbulls:

Fortunate enough to get yourself a beautiful brindle Pitbull? Have a read of our recommended list of the best names for your new furry friend. Fortunately, like most coat-related names, a large number of these are perfectly suitable for a female or male Pit Bull.

Brindle Pitbulls can come in an array of color variations. Typically, they will have different shades of brown with white splotches but this can vary from Pitbull to Pitbull. However, there’s sure to be a name here that will suit your pretty brown Pitbull: 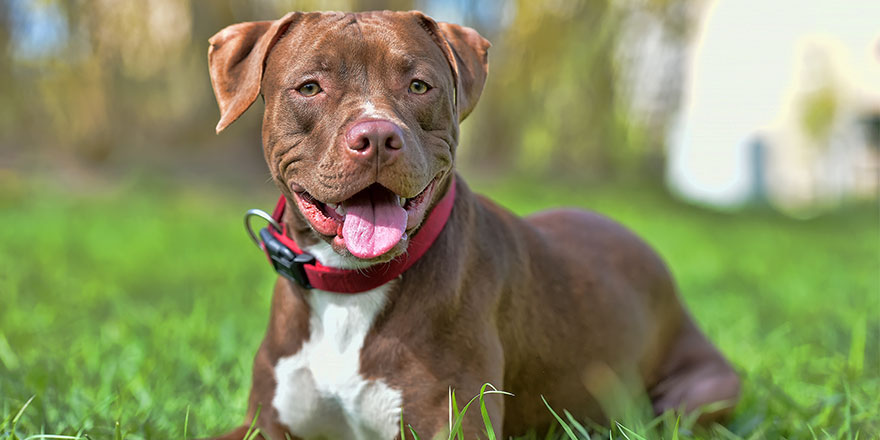 If you’re interested in cool Pitbull names this section is for you. You may have the most adorable Pit there is but that doesn’t mean they can’t have cool or strong names.

Fortunately, most of these options are perfectly suitable for a girl Pitbull and even your male dog. Below you can find a long list of empowering names to give your Pitbull pup.

The only drawback to choosing a tough name for your Pitbull is that it may bring some controversy. Since Pitbull breeds already have somewhat of a bad rap, you may struggle with more judgment than usual. However, it’s important to remember that tough names don’t define a dog’s nature.

Mythological names are a great choice for Pitbulls. Rich in history, there are plenty of options to choose from. Some of these may not be the most unique Pitbull names but we’ve made sure to extend the list with lovely names that you may not have considered before now.

In addition to each name, you can find a little bit of context to help. 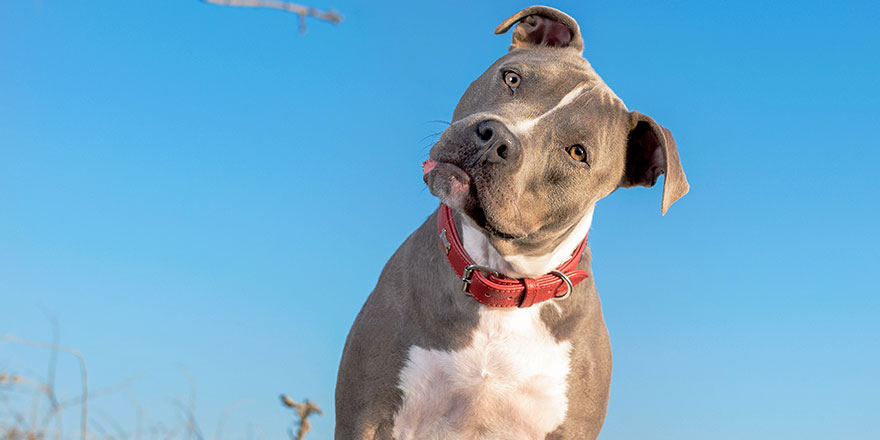 Last but not least we have a list of Pitbull puppy names that might tickle your funny bone. The names listed below are not for everyone, but if you’ve got a punny or slightly odd sense of humor (like the author writing this piece) these may be for you!

The great thing about naming your dog is that a lot of ‘boy’ Pitbull names can be used more than suitable for female Pitbulls and vice versa. The important thing is you choose a name that both you and your pup are happy with and that your dog can learn and use to respond to training and commands.

Lastly, congratulations on getting yourself a new canine companion! As mentioned previously, these canines have a lot to give including mounds of love and affection. Raised with patience, dedication, and love, Pitbull dogs can be one of the most rewarding breeds to own and will be a valued family member for years to come.

Lockjaw in Pitbulls – Do Pitbulls Have Lockjaw?

Dogs
Lockjaw in Pitbulls – Do Pitbulls Have Lockjaw?
How Long do Pitbulls Live?

Dogs
Are Pitbulls Hypoallergenic Dogs?
The Best Dog Food for Pitbulls in 2022

Dogs
The Best Dog Food for Pitbulls in 2022
Types of Pitbulls: Learn Their Differences

Dogs
Types of Pitbulls: Learn Their Differences
All You Need to Know About the Red Nose Pitbull

Dogs
All You Need to Know About the Red Nose Pitbull
Blue Nose Pitbull: Breed Information, Characteristics, and Facts

Dogs
Why Are Pitbulls So Clingy? Understanding Your Pup’s Needs