Pitbull Ear Cropping – Should You Do It?

By MyPetNeedsThat Staff
Last Updated August 3, 2022
Every product and service on My Pet Needs That is independently selected by our editors, contributors, and experts. If you purchase something through our links, we may earn a referral fee. Learn more

The topic of ear cropping is a controversial one. At the same time, some believe this causes no harm and has actual benefits, but others argue against it, claiming it to be inhumane and unethical.

Below is an in-depth guide detailing everything to know about ear cropping. However, before we delve in, we must impress that we do not advocate canine or even Pitbull ear cropping. Instead, we aim to provide readers with all the information to understand the topic thoroughly.

What is Ear Cropping? 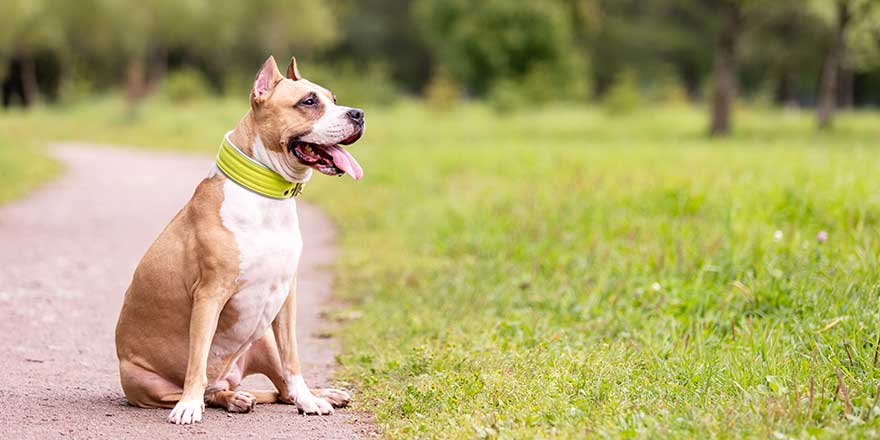 Ear cropping is the process of modifying a dog’s ears. The aim is to get Pitbull ears from a floppy look to an erect pointed alternative.

Ear cropping isn’t exclusive to Pitbulls breeds and is performed on other dogs such as the Great Dane, Doberman, and Boxers.

Generally, although many vets refuse to crop a dog’s ears, some still practice it. Typically, they perform surgery on young puppies between 8-12 weeks of age under anesthesia. First, the vet will outline where the ears will be cropped by what the dog owner requests. Once the ears are worked on, they will be sutured, disinfected, and bandaged, producing erect ears. Overall, the procedure will take anywhere between 30-45 minutes.

The pup will be prescribed medication once the procedure is complete to reduce discomfort, pain, and potential infection. On average, it can take 10-14 days for the ears to heal.

As many vets do not crop ears, it’s concerning to know that there are those dog owners that will take matters into their own hands. Either they will attempt this themselves or employ someone, usually unqualified, to complete the surgery.

Not only can this lead to unnecessary pain for your dog, but it can also lead to harmful ear infections. Furthermore, anesthesia must be used when completing the procedure as it is painful and can lead to your dog developing anxiety and/or trauma.

As mentioned previously, many certified vets will refuse to crop dog ears. However, vets who perform the surgery will charge between $150-$800 for the cosmetic procedure. This price may or may not include medications and other resources.

The ear shape of the Pitbull resembles the shape of many other breeds with floppy ears. A Pitbull puppy will have triangular ears that droop down, but as they age, they will begin to stand up and, adorably, curl at the tips.

Cropped ears will have a portion missing. Typically after the dog ear cropping procedure has been completed, they may be shorter, thinner, and stand erect on top of their heads.

Ear cropping sounds straightforward, but there are many styles dog owners can opt for.

This cropped style is the most aggressive-looking as the Pitbull’s ears stand erect and sit close to the head. Some have argued that this style reduces potential ear infections, but this has proven incorrect and can invite harmful bacteria.

This favored option of clipped ears leaves them a little longer than the battle crop.

This style is as the title suggests. The ears are cropped but left longer than the battle and short crop.

The show crop is more likely to maintain erect ears after the procedure. This style leaves ears longer and more triangular overall.

You Won’t Always Get What you Desire

After the surgery, it is not guaranteed that the ears will stay erect, as seen in many images. Instead, they can often droop, which is why many owners opt for the Pit Bull show crop, as it’s more likely to hold the position on the dog’s head.

The History of Ear Cropping 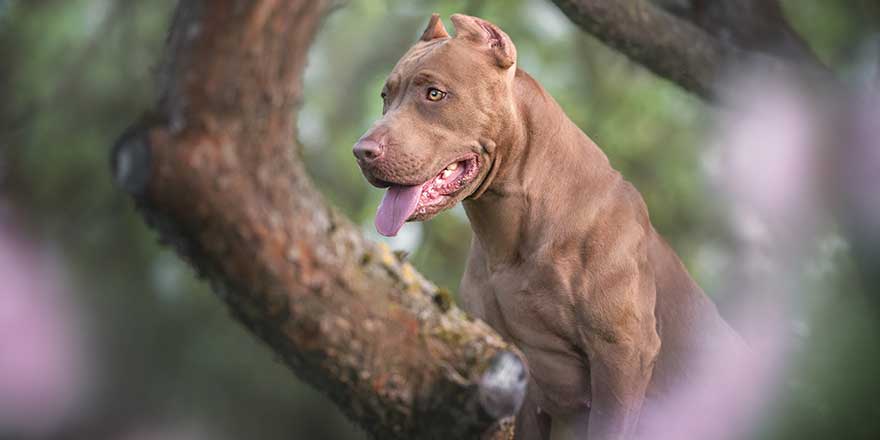 Many sources state that ear cropping originates from ancient Rome. Romans believed getting a dog’s ears cropped would be less likely to contract rabies or suffer other injuries during dog fighting events.

Many people who employed working dogs also cropped ears for similar reasons. Since dogs are known to hunt vermin and protect/herd livestock, their ears would be a primary target for predators or vicious vermin to latch onto.

Why do People Clip Pitbulls’ Ears to This Day?

Although many professionals, including the American Veterinary Medical Association, stand against ear cropping and refuse to complete the procedure. Not to mention, it is illegal in many locations.

However, this doesn’t mean it can’t be done and hasn’t stopped some owners still getting their Pitbull’s ears cropped. So what reasons are there to crop Pitbull’s ears?

The American Kennel Club still recognizes particular breed traits such as ear cropping, tail docking, and declawing as acceptable practices. As such, some Pitbull owners believe their dog isn’t 100% a part of the breed standard if they don’t match certain criteria. Therefore, they will look to get their natural ears cropped to match the specification.

Some owners opt for tail docking, and ear cropping is a common cosmetic surgical procedure. The idea is to make the dog appear more intimidating.

The Myths About Pitbull Ear Cropping 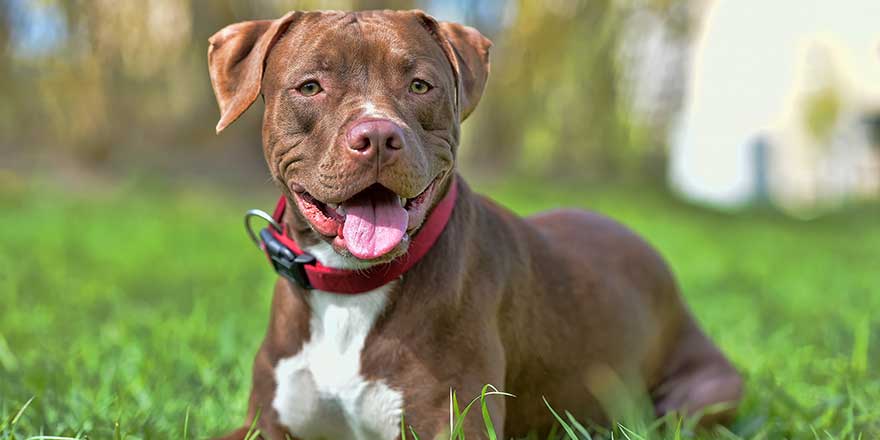 If you’ve just begun your research into ear cropping, you may have read that it can have some benefits. Sadly, a few myths floating around the internet stem from the spread of misinformation. Below are the two most common.

It’s vital to understand that many dogs can fall victim to an ear infection at some point in their life, regardless of their breed or the size of their ears. You can prevent this using a dog ear cleaning solution or a suitable and safe alternative. However, cropping their ears will not minimize the risk and can invite infections since the ear canal is exposed.

Many believe that getting floppy ears out of the way will reduce moisture retention and prevent ear infections. Still, it’s essential to understand that cropped ears are vulnerable to water, debris, fur, and more.

Many dog owners believe that cropped ears will improve your dog’s hearing and that droopy ears will prevent certain sound frequencies from being heard. Therefore, by removing the obstruction of the outer ear, sounds can easily access the ear canal.

If this fact were true, many more breeds would be subjected to ear cropping. They are mainly working breeds since they will rely heavily on the ability to hear efficiently. As such, there is very little to support this belief.

If a Pitbull’s hearing needed improvement, the breed would have evolved enough to accommodate change. Moreover, aspiring Pitbull owners would be warned of potential hearing complications before they purchase or adopt a Pitty. So why fix what isn’t broken?

The Risks of Pitbull Ear Cropping 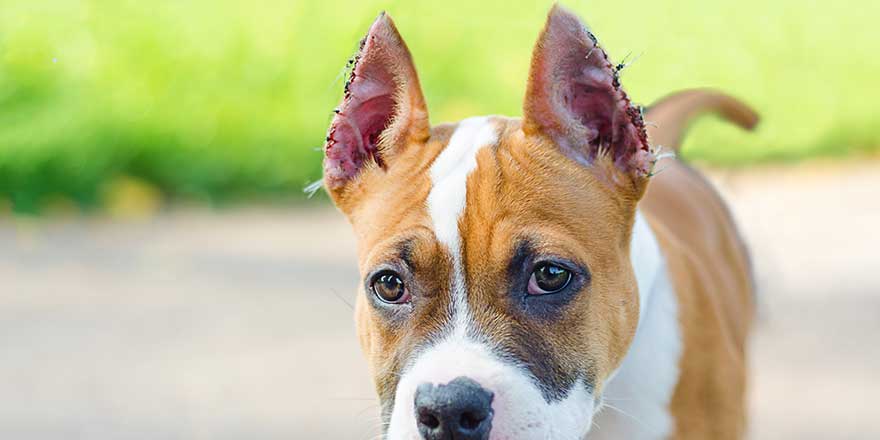 Although we may have already touched upon some of the risks of ear cropping, there are a couple that you may not have considered. In addition to the medical risks, we have included other concerning factors for you to mull over.

An Increased Risk of Infection

As mentioned above, cropped ears are more likely to develop ear infections regardless of the style. Specifically, your dog will likely fall victim to multiple infections while the ears are healing from the surgical procedure.

If a vet completes the procedure, you will be given the necessary medication and instructions for aftercare. However, if a legitimate professional doesn’t do the surgery, the pain and discomfort can be quite triggering for a canine. As a result, you can expect behavioral complications, especially if they are young.

Pitbulls already have a rocky reputation, and cut ears do not contribute to the advocating of the breeds. Instead, many owners insist on cropping ears to make their Pitbull look more intimidating, which does nothing to reduce the stigma. Instead, for some, it only solidifies that these are dangerous dogs to be avoided at all costs.

Similar to how a dog’s tail conveys feelings, the ears are a feature that a canine uses to tell us something. Droopy ears imply that your dog is content and relaxed, whereas erect ears, perhaps twitch or twist, tell us that they are alert and that something has their attention. So as you might gather, a Pitbull with cropped ears will be unreadable.

The initial procedure is extremely painful and can also increase sensitivity due to the number of nerves in the ear cartilage. As a result, the slightest bit of contact with your dog’s ears can cause severe discomfort and can even be long-term in some cases.

The Benefits of Cropped Ears 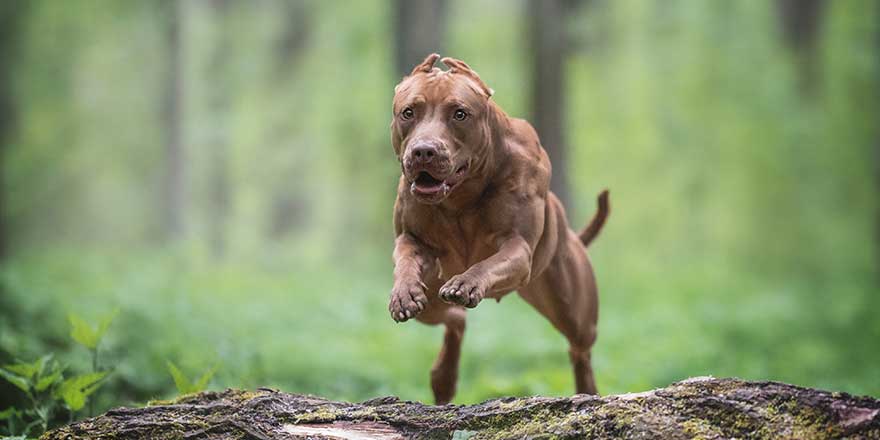 In terms of healthcare, there are no known benefits of Pitbull ear clipping. Despite what some may think, having cropped ears doesn’t mean your dog will avoid ear infections. Nor will it improve your dog’s ability to hear.

The only factor considered beneficial is that they will better match the breed character and standard outlined by the AKC. However, dog lovers will find that normal ears won’t affect their chances at particular dog shows.

Nowadays, ear clipping is less common due to many campaigning against it. However, in many states, it is still legal, and they have specific laws stating that it must be completed by a licensed professional. In other states that do not have specific regulations, breeders can give clipped ears, although this has proven dangerous and unethical.

In England and Wales, ear cropping is illegal and considered mutilation under the Animal Welfare act unless they have been clipped due to medical emergencies. However, many other European countries, New Zealand and Australia, have completely banned the practice, which says a lot about the ear crop.

Since Pitbulls' ears are not genetically short, many argue that there is no need to modify them, especially since there are no medical or notable benefits. Furthermore, in many locations, clipped ears are considered inhumane and even mutated.

No matter your style, the clipped, erect appearance will often be intimidating. In addition, since the ears' upright position makes a dog look alert, most get the impression that they are ready to engage in dog fights or other acts of aggression.

The cons of cropping part of the ear significantly outweigh the pros. Giving a Pitbull clipped ears can invite chronic ear infections (since your dog's ear canal is essentially exposed), anxiety, and further stigma to the breeds. The pros include them matching the AKC's specific breed criteria.

Depending on the dog breed, the AKC will allow a canine to compete with or without cropped ears. However, some stand firm and will not allow dogs to compete unless they have cropped ears.

The decision is ultimately up to you but bear in mind that once you decide to clip your dog's ears you cannot go back. It is a decision that you must think long and hard about before acting.

Dogs
Pitbull Names – Ideas and Inspiration
Lockjaw in Pitbulls – Do Pitbulls Have Lockjaw?

Dogs
Lockjaw in Pitbulls – Do Pitbulls Have Lockjaw?
How Long do Pitbulls Live?

Dogs
Are Pitbulls Hypoallergenic Dogs?
Why Are Pitbulls So Clingy? Understanding Your Pup’s Needs

Dogs
Why Are Pitbulls So Clingy? Understanding Your Pup’s Needs
Types of Pitbulls: Learn Their Differences