By MyPetNeedsThat Staff
Last Updated September 1, 2022
Every product and service on My Pet Needs That is independently selected by our editors, contributors, and experts. If you purchase something through our links, we may earn a referral fee. Learn more

A pet tortoise named Cecil has been returned to his relieved family in Nebraska after spending 13 days on ‘the run’.

The Carder family, from Lincoln, Neb, refused to give up when their much-loved reptile escaped through a hole in their garden gate. What followed was a slow-moving adventure for the tortoise, with numerous sightings and mistaken identities, meaning it took 13 days for Cecil to be found.

But thanks to their local community’s efforts and several social media groups, the errant tortoise was eventually returned home.

“There’s an area where we had dug a post out to open our gate a little wider. He somehow found that hole and jimmied himself out of there. And he walked right up the street.”

It wasn’t until later that evening that the Carder family discovered Cecil was missing. By this time, he had already had another narrow escape when a neighbor further down the street had found him but released him again, not knowing Cecil was missing.

“On Wednesday, around noon, he came out of the tree line,” Leslie explained. “He walked up to the people while they were outside. They thought he was a snapping turtle at first. So, he had been found twice and released. 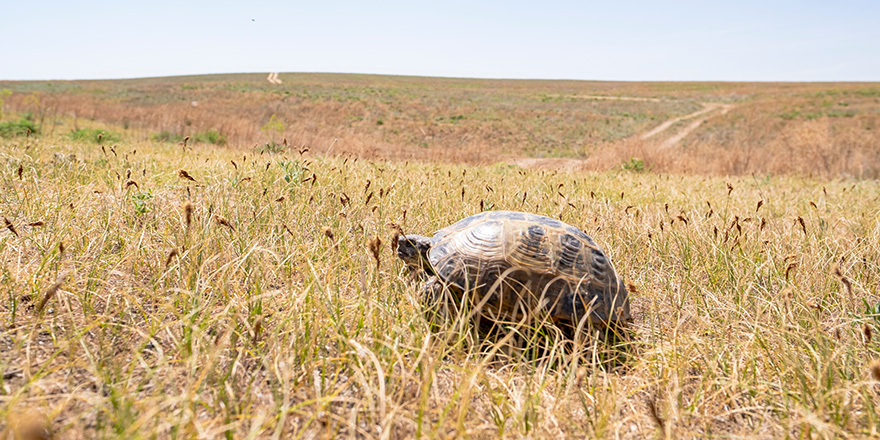 “I just thought everybody kind of knew what tortoises were. I felt there’s no way he would survive in the wilderness like that.”

Taking her pet search efforts online, Leslie posted on several social media groups asking for help. And she was amazed by the response. Dozens of strangers volunteered to search for Cecil in the 27th Street and Abor Road area, just one mile from his home. But one week later, despite photos of other tortoises, Cecil still had no sign.

Then 13 days after Cecil first disappeared, the Carder family had a breakthrough.

Leslie was searching the area once more when she was approached by a woman who asked if they were the people ‘looking for that turtle or tortoise’. A local man had been out on his dirt bike and encountered a tortoise on the road. The woman was unsure whether the tortoise was indeed Cecil but invited Leslie to go and look.

Leslie went and was amazed to discover that the tortoise was her missing Cecil, 13 days after he decided to leave home.

“It was so heart-touching to know that everyone cared enough to take out their time, a stranger, you know, to look for their tortoise,” Leslie added. “It’s made my year I’ll be happy for a long time.”

News
Scientists Search For Feline-Friendly Homes Across the US