By MyPetNeedsThat Staff
Last Updated March 15, 2022
Every product and service on My Pet Needs That is independently selected by our editors, contributors, and experts. If you purchase something through our links, we may earn a referral fee. Learn more

When you’re in the market for a new cat, the sheer number of breeds available can be a bit overwhelming. Cats have a reputation for being trouble-makers and getting into fights, but there are a huge number of cat breeds out in the world that is extremely friendly and affectionate towards their owners. What you have to consider, though, is that your cat’s experiences before they come to you will shape part of their personality. That doesn’t mean that your shy or feisty cat will always act the way they do, it’s just something to watch out for when adopting a kitty.

Below, we’ve written a list of the friendliest cat breeds you can find and rated their friendliness out of five so that you can make the best decision for your household.

Friendliest Cat Breeds Around the World 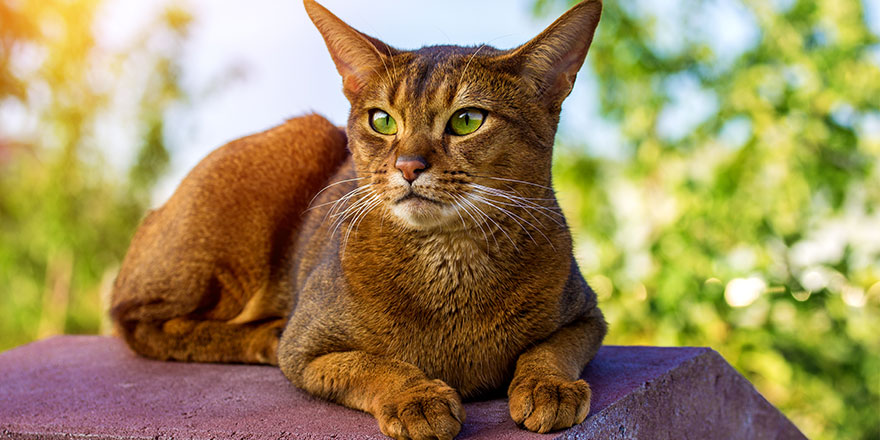 For a cat who lives their life to the fullest within petting distance of a household member, the Abyssinian is a great choice. As they are known today, they come from Great Britain, but it’s said that the breed originates in Ethiopia. They are high-energy, so that makes them more suitable for a home that has children that they can play with during the day and night. It’s better not to leave a cat like this alone if they don’t have many toys or climbing apparatus because they can get bored or sad. Be sure to stock your home with plenty of mental stimulation and watch your Abyssinian cat thrive! 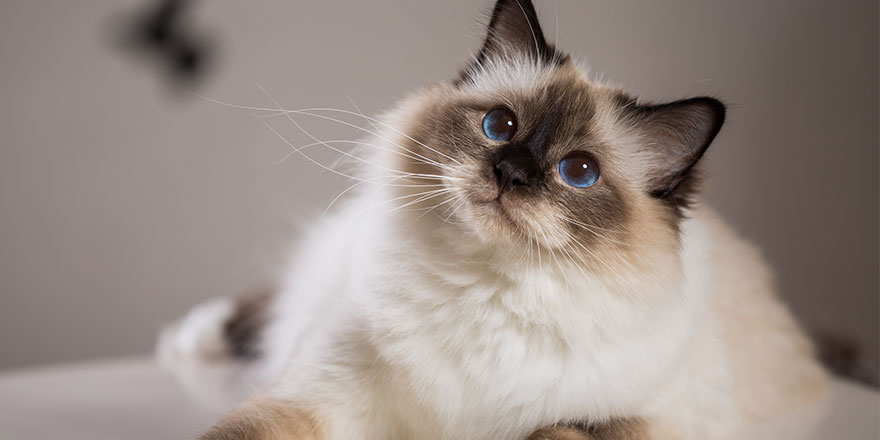 Pet parents seeking an excitable cat for their children may like the Birman cat breed. Originating in Burma, Birman cats want to be extremely involved in your life and will spend a huge amount of time cuddling up to you and trying to get your attention. They can be a bit needy, but that’s perfect for a household with a laidback attitude and lots of people for the cat to get attention from. To keep your Birman happy, be sure to spend time with them whenever you get a chance. 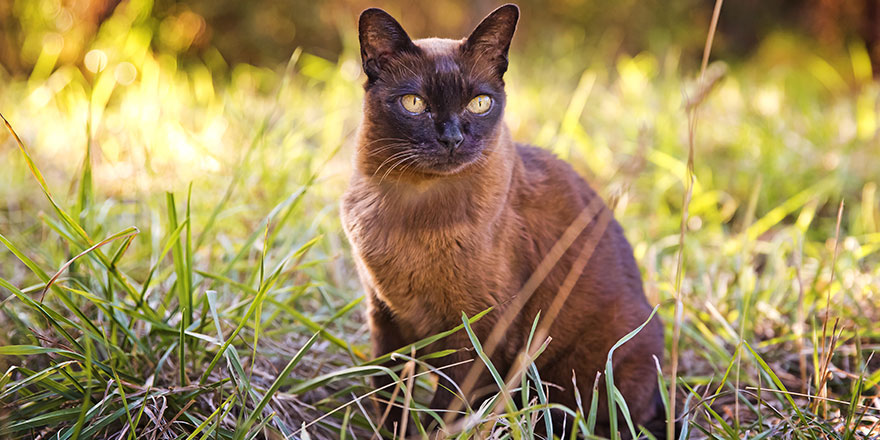 Originating in Burma, Burmese cats are incredibly inquisitive; their favorite spot is anywhere there’s a window for them to watch the world go by. You’ll more than likely have to pull their attention away for them to realize that you’re around to give them love and affection. Once you have them, though, they’ll be sitting on your lap, your shoulder, tapping your TV or laptop screen… They want to be where you are. The Burmese cat is one of the nicest cat breeds, but they do have a tendency to get distracted by the world around them and end up ignoring their owners and other members of the family. 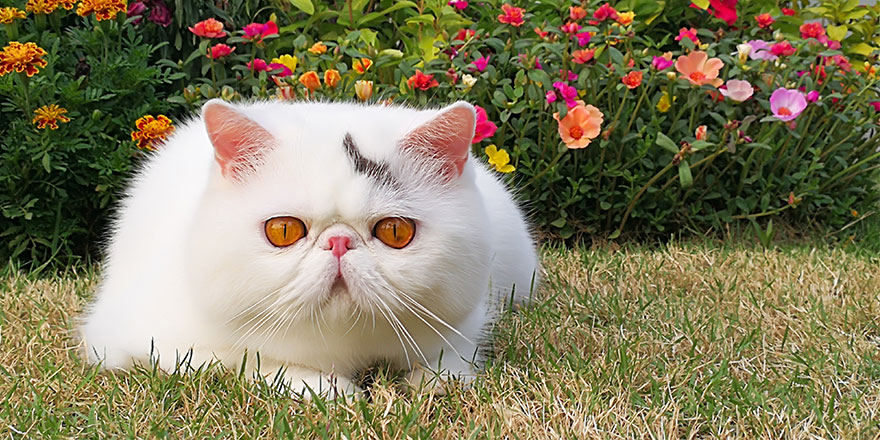 Borrowing some traits from their cousin, the Persian cat, Exotic Shorthairs are very sweet-natured and quiet. Other cats may be labeled “quiet” but the standard that the Exotic Shorthair sets are unprecedented. They’re also, obviously, shorthaired cats, which makes them a lot easier to care for than a Persian. The reason they share so many traits is that the Exotic Shorthair was bred to be a less high-maintenance version of the Persian cat (this was done by breeding Persians with American Shorthairs). This laidback cat will make a perfect addition to your home. They’re loyal, which makes them less likely to stray like so many other cats around the world. Keep them fed, play with them, and you’ll have a lifelong companion. 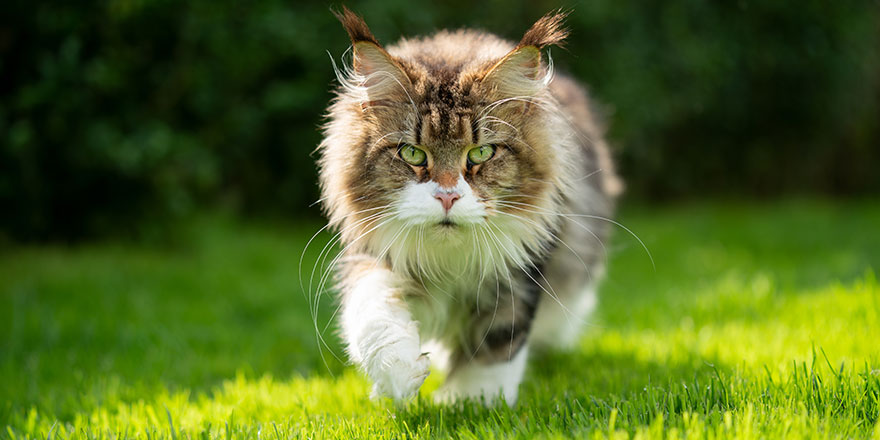 Often referred to as the “gentle giant” cat, the Maine Coon is one of the biggest and best cats to own. They can grow to be up to 100cm from nose to tail and become quite heavy adult cats. This friendly breed is one of the more popular cats in the world because they’re so big and fluffy! They’re also one of America’s cat breeds, having been bred into existence in Maine. They also have above-average intelligence, so try a few puzzle toys to keep them entertained. Maine Coons are happiest when they have other cats and people around. 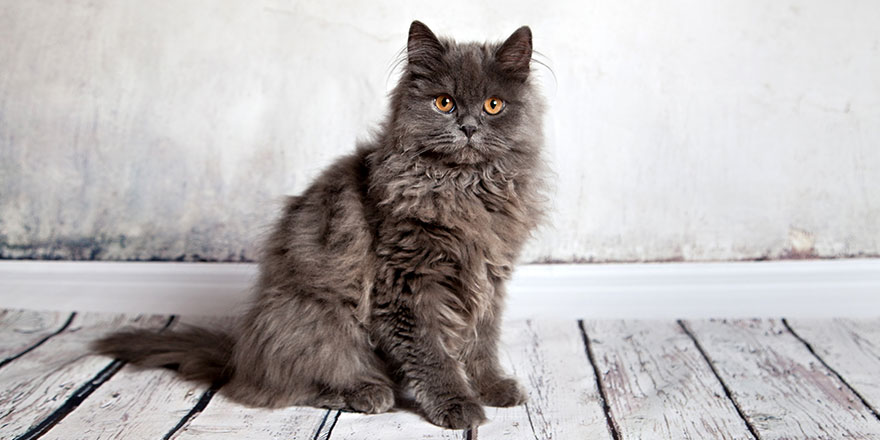 As long as you’re petting them, you’ll have the full attention of any Persian cat that you have in your home. But, the minute your attention is taken away by something else, you can expect this breed to just sit quietly or go off and find something to do. Persians aren’t the kind of breed that will beg for pets or scratches; they’re quite happy settling down somewhere comfortable nearby. That said, this cat greatly appreciates any attention that they are given, and is certainly quieter than other animals that are popular pets. They also have an interesting history, having been bred in the 17th century in today’s Iran. 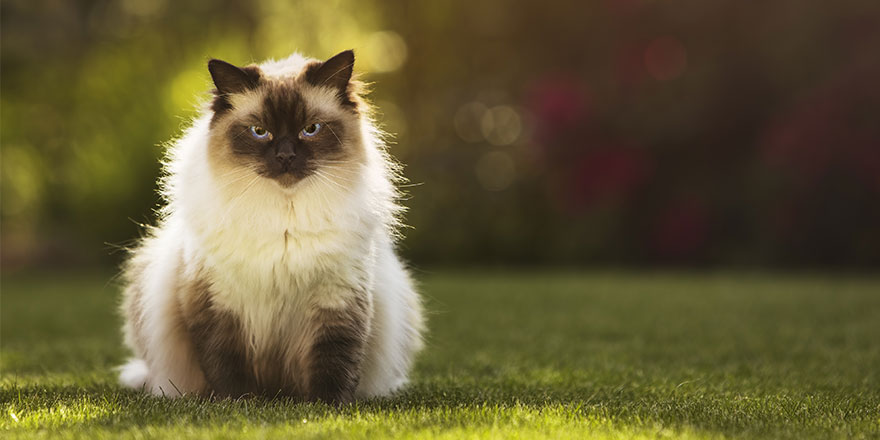 The Ragdoll cat is an excellent breed for any household – even one with other pets. These cats are recognized as one of the friendliest cat breeds around, and they definitely outrank certain breeds of cats in the cuteness area. While the origins of most cats can be traced back easily, the Ragdoll breed is a mixture of free-roaming cats that came from various breeds. The first Ragdoll was literally bred from stray cats in Riverside, California. Despite this, Ragdoll cats don’t carry any of the aggressive or shy characteristics of the typical stray cat. Instead, they are perfectly docile and loving. 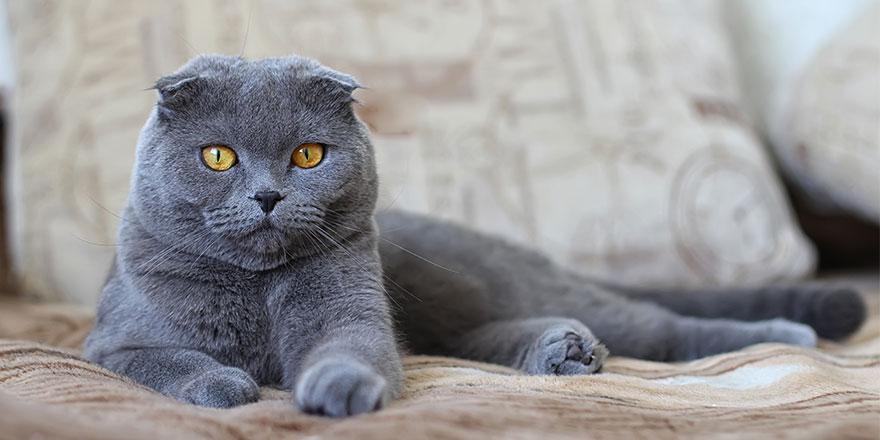 As you might expect, the Scottish Fold cat comes from Scotland. This breed is still very new, having been discovered in 1961 in Perthshire. They are considered to be one of the sweetest cat breeds available and get along well with other pets. They adore their human companions and such human-like mannerisms that it’s almost like they aren’t aware that they’re a cat. Your local shelter isn’t likely to have a Scottish Fold because they aren’t a common breed, but if you decide to go to a breeder, you’ll meet the friendliest kitties ever. It’ll take you a matter of moments to fall in love with their folded ears. A word to the wise: These cats hate when their routine is disrupted and will get upset when changes are made. 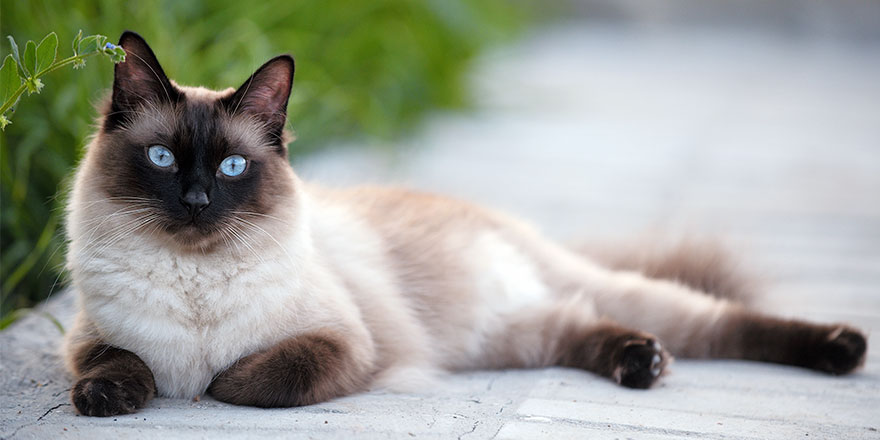 Siamese cats are a difficult one to place because their personality type makes them a bit much to handle for some family members. They aren’t overly active cats, but they are very social and hate to be left home alone. These cats come from Thailand, despite many believing that they are Chinese or Japanese cats. The Siamese is closely related to the Birman and the Burmese cat, both of which have also made our list of the friendliest cats. If you’re looking at adopting a Siamese cat, just be sure that there is always someone home to keep them entertained or you might find things go awry. 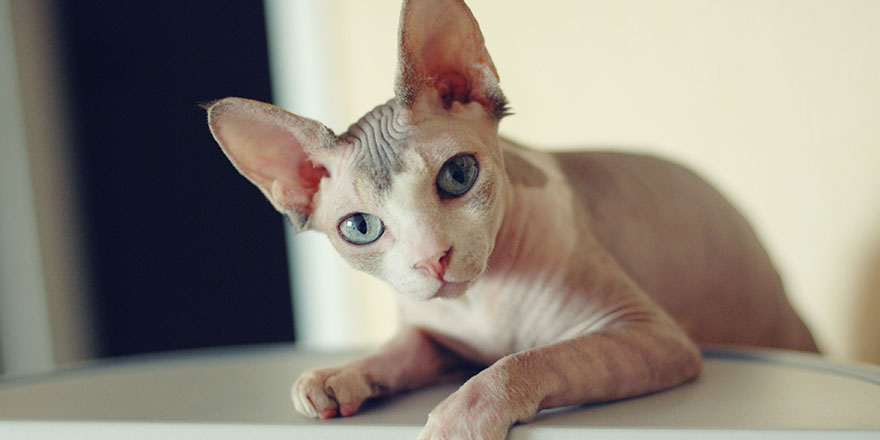 For a friendly kitty with the most basic grooming needs ever, look to the Sphynx cat. The Sphynx is a hairless cat breed that comes from Canada, although other hairless cats were also bred long ago during the time of the ancient Aztecs. Despite being bred in a colder country, these kitties hate the cold and have no fur to protect themselves. Most cat owners end up buying cat jumpers for their furless babies to combat this. They love to cuddle and enjoy being the center of attention in any situation. Be mesmerized by the bright blue eyes and social nature of the Sphynx!

What is The Friendliest Cat Breed?

Though there are many cats that could be considered the most affectionate or sweetest cat breeds that you can get, there is a clear winner.

Maine Coons, although they are very large cats, are also one of the most popular cats in the world. These long-haired beauties are so gentle and so loving that they can find a warm spot in any cat owner’s house and heart and stay there for a lifetime. They are among the top 10 ranked cats in the world and deserve all the acknowledgment they can get.

5 Not So Friendly Cat Breeds

In comparison to our list of friendly and affectionate cat breeds, let’s also look at a few of the more aggressive and unfriendly breeds that humans may want to avoid if they have small children, dogs, or other pets: 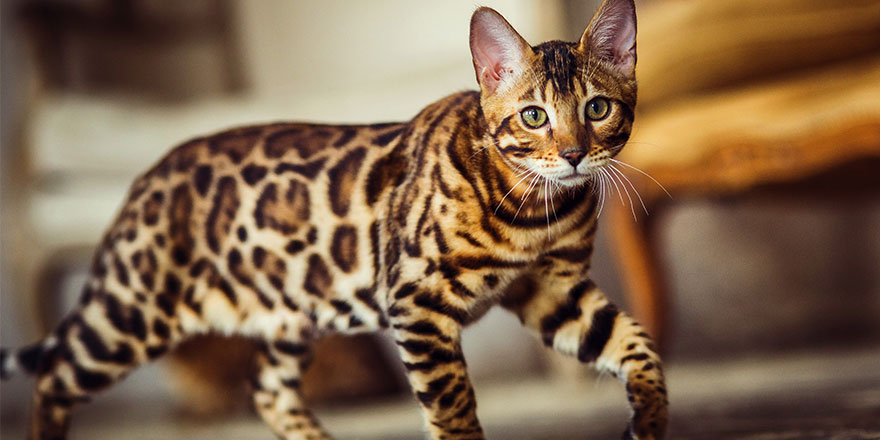 Although these exotic cats are favored by humans because of their rarity and closeness to wild cats, the Bengal cat is not a breed we would suggest as a best friend. They were bred in the U.S, and are very intelligent and curious, which often leads to a lot of mischief and broken household items. They don’t like strangers and can often end up playing too roughly because they don’t know their own strength. 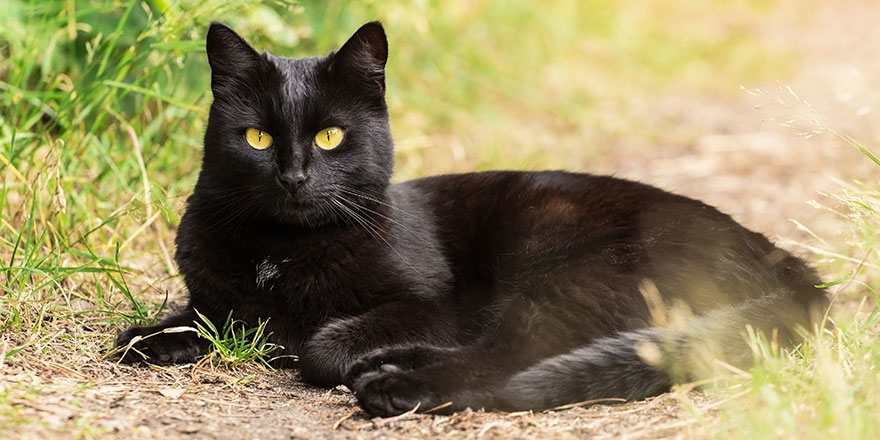 Bred in Kentucky, these sleek black cats are the ultimate panther-like breed, but they do have an aggressive streak when they’re ignored. If you arent spending time with your Bombay cat, they have no issue with letting you know. In addition, these cats despise loud noises and, if startled, may exhibit negative behavior. They are loyal cats, though, and do well with children. 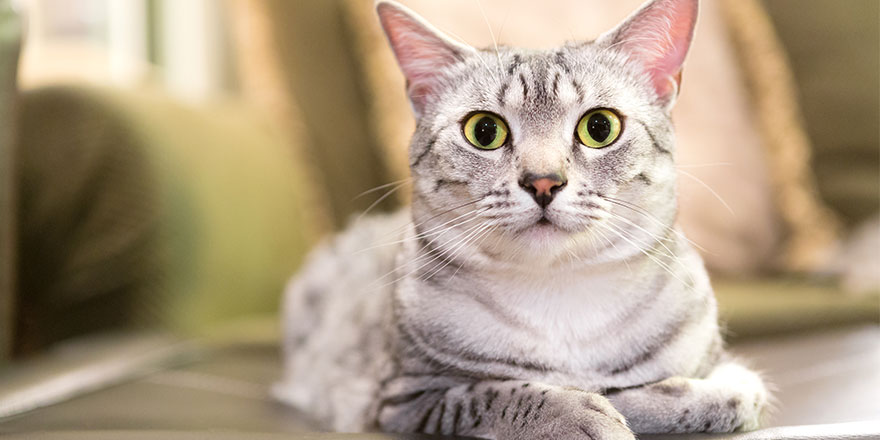 Shy around strangers and ready to lash out when they feel cornered, the Egyptian Mau is a stunning breed with a big personality. They were originally bred by the Egyptians, and they get easily possessive and are known for being territorial. Because of this, it’s not recommended to have an Egyptian Mau in a home with many cats or even one with small children. 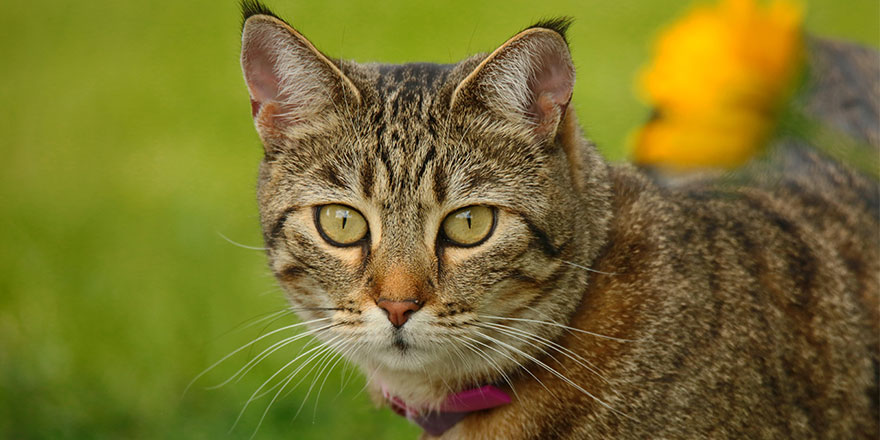 Another cat from the U.S., it takes a long time to establish a bond with a Pixie Bob cat. This makes them a difficult cat to own for pet parents with busy lifestyles because there’s no time to play or socialize with them. Without an established bond, your Pixie Bob will bite, nip at your skin, growl, and even swipe at you. They can’t stand strangers and are very loud felines who always have something to say. 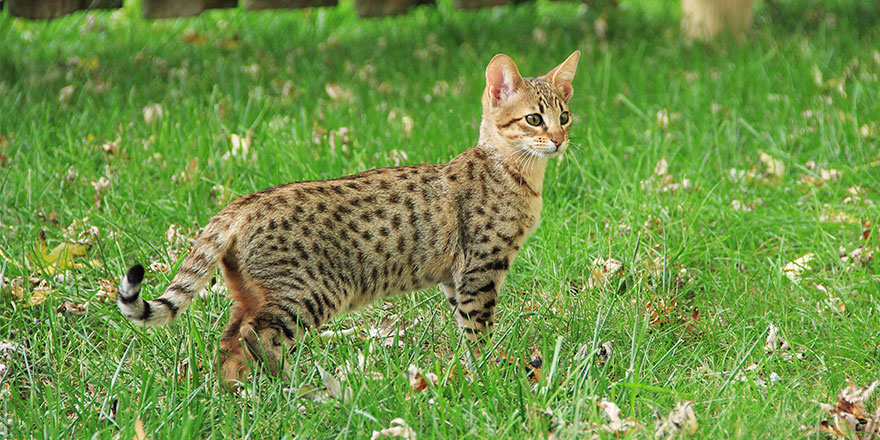 What you need to understand about the Savannah cat is that they are a domesticated wild cat breed that has a lot of instinctual behaviors. They’re extremely misunderstood and are actually very similar to the domestic Bengal cat breed – both were bred in America, too. They have strong hunting instincts, so they aren’t great around other pets, but they love to play fetch and get a bit rough with their owners. They’re more like dogs than cats.

Persian cats may seem aloof, but they're actually one of the more affectionate cat breeds around. Pet parents will benefit from having a sweet-natured breed in their home; one that is incredibly friendly and beautiful. Even non-pedigree cats of this breed share their affectionate traits!

Looking for breeds that are lap cats? The Burmese cat has been called "dog-like" because of its mannerisms. They are a great feline friend to have, often forming strong bonds with their owners, and sticking to their side as much as possible. This breed is, undoubtedly, one that will be the friendliest cat in your household.

When it comes to cats of a friendly and affectionate nature, one of the most suitable cats for new cat owners is the simple American or British Shorthair. They can have a bit of an attitude sometimes, but they are incredibly loving companions and they aren't expensive to buy or adopt. There's usually a surplus of these two breeds in shelters because they're very common housepets.