Should I Let My Cat Outside?

By MyPetNeedsThat Staff
Last Updated March 25, 2022
Every product and service on My Pet Needs That is independently selected by our editors, contributors, and experts. If you purchase something through our links, we may earn a referral fee. Learn more

If you’re currently keeping your cat indoors, making the decision to let them outside can be extremely anxiety-inducing. Though many cats roam the streets in every city, not all neighborhoods are cat-friendly, which temps cat owners into keeping their feline friends indoors. We’re going to look at both sides of the argument so that you can make an informed choice before you let your cat explore the outside world.

Should I Let My Cat Outside?

Ultimately, we can’t make this decision for you, but we can give you all of the pros and cons to help you decide whether you want your cat outdoors or not. Ideally, the first thing you should do is look for other animals in your area that are roaming the streets. Do they look healthy? Are any of them injured? Do they have cat collars?

These questions will give you a good feel for the other pet owners in your neighborhood. Looking at other cats will tell you how well the people around you treat free-roaming cats, whether they’re stray cats or have a home nearby.

Why Does My Cat Want to Go Outside?

The great outdoors can be very enticing to indoor cats. They spend a lot of time looking through windows and hunting other animals that they can’t reach. It can be a source of excitement and frustration for them. Cats are often naturally curious, as well, which makes them want to go places you don’t usually let them go.

It’s likely that your cat has seen you leave the confines of the house and are wondering what’s out there that they can play with. House cats can get bored if the cat’s indoor environment isn’t mentally stimulating enough.

My Indoor Cat Wants to Go Outside – What Do I Do?

Do you have a cat that paws at the backdoor and leaves you thinking “wow, my indoor cat is obsessed with going outside”?

When the scratching posts just aren’t cutting it anymore, it might be time to think about some supervised time outside for your cats. We’d like to stress that just because you’re letting your cat venture outdoors doesn’t mean they suddenly have to become outdoor cats. It’s perfectly acceptable for you to let your cats out once a day or every few days just so they can roam around and enjoy the outdoor life without the risks.

Actually, many cat owners do this. There’s a whole market in the pet industry that is dedicated to protecting cats while they’re outside without letting them leave the boundaries of their home. These products include cat harnesses, pet fences and borders, playpens, and catios (cat patios).

The catio is one of our favorite solutions because it gives cats an area right by their home that’s still outdoors. They can get some fresh air without their pet owner worrying about them.

We’d like to stress that it’s extremely unlikely that a cat who has lived inside their whole life will go running off the moment they’re let outside. In fact, some house cats are terrified the first couple of times and run back in!

Should Cats Be Allowed Outdoors? 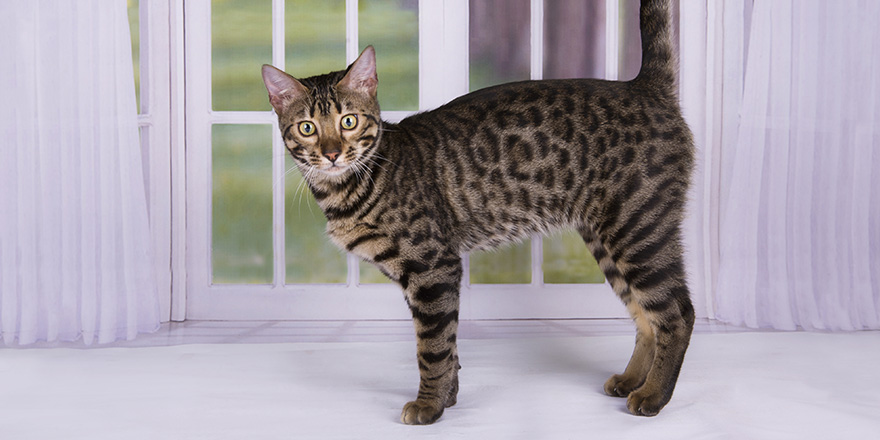 The natural world is full of felines that live outside. Humans have domesticated certain breeds of cats so that they can be our companions, so it’s right to say that there is merit behind the idea of both indoor cats and outdoor cats.

Some people believe that, when you keep a cat inside, you are being cruel. But other pet parents who keep their cats indoors say the same about forcing a cat outdoors. Domestic cats do best wherever they are most suited. For some household cats, that’s indoors, for others, it’s outdoors. And for some, both is the answer.

In the end, it should be about what’s best for your cat. Cats have a lot of natural behaviors, including hunting, that can be catered for either way. You should be thinking about your cat’s safety first of all, and then what the history of your cat suggests would be best. That includes their personality traits, how confident they are out in the world, and whether you think they could look after themselves out there.

Can Domestic Cats Survive Outside?

Domestic cats can survive fine outside, even if they’ve been indoor cats their whole lives, and suddenly get out and become lost. Many lost cats reunite with their owners in pretty good condition, though they might be a bit starved.

Cats have great natural instincts and will be able to survive by themselves. Letting cats outside isn’t going to be some awful thing if you take the proper precautions. Plenty of other pets do just as well outside, and cats are more than willing to defend themselves.

First and foremost: Do not let your cat outside if they are not chipped. No unchipped cat should be allowed outside. Without a microchip, there is nothing identifying them as your cat and practically no chance of finding them if they go missing.

Be sure to put up some kind of barrier or fencing that will stop your cat from escaping into the next garden and running off. Alternatively, buy a cat harness and test it indoors beforehand. Fair warning, most cats hate harnesses at first and they will need to spend some time building up to using them for more than a couple of minutes.

Keep your cat’s favorite treats or dry food on hand when you decide to take them out. It’s also good to put their litter box outside while they’re out there so that they can have a familiar scent around.

The First Day Outside for Your Feline Friend

10 Reasons to Keep Your Cats Inside

Risks of Letting Your Cat Outside 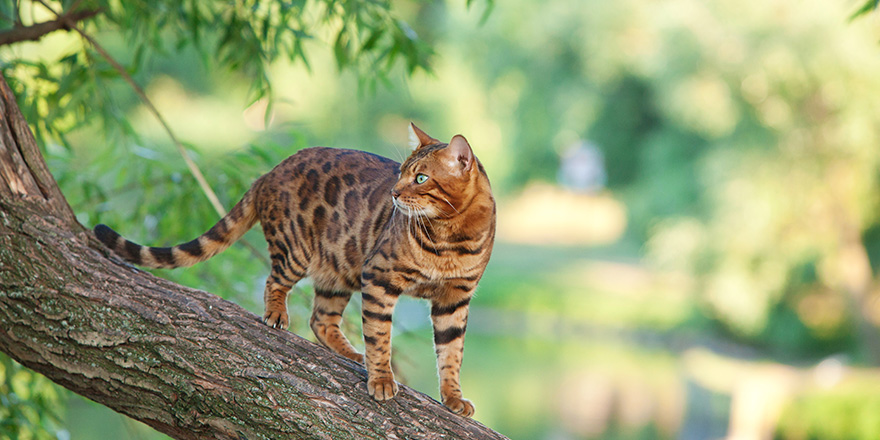 FIV is a viral infection that affects cats. It causes affected felines to have a weaker immune system when compared to cats that don’t have the virus. FIV is most commonly found in unneutered male cats who have been fighting for territory. It’s spread through biting and body fluids, though it can be spread from mother cats to her kittens. FIV-positive cats live relatively normal lives, though it is said that they are more prone to various illnesses.

The second leading cause of death in felines, killing approximately 85% of infected cats. Feline leukemia virus can be transmitted through saliva and has an estimated survival time of 2.5 years after infection. Despite the odds, it is possible to give cats with FeLV happy lives with a good treatment plan in place.

Your neighbors may mean well and be friendly enough, but that doesn’t mean that the rest of the people in nearby streets are. Some homeowners get really irate when cats wander onto their property, going as far as to plant poisonous plants and put down rat poison.

Others may even see your cat and decide that they’re doing a good thing by feeding it and taking it in. Knowingly or unknowingly, they’re stealing your cat and you might not see them again. Once a cat starts getting food elsewhere, their loyalties can quickly change – or they might “go missing” because the neighbor has decided to take them in.

There are also even more worrying things like dog fighting rings where cats are used as bait. Letting cats outside is a huge risk for pet parents, but some are confident that their cat can take care of themselves and will make it back home.

The number one reason to not let your female cat outside if they haven’t been spayed yet is the possibility of her ending up pregnant. When a female cat is in heat, any male cats around her will be able to smell it, and they will fight each other and her. Cats can bear two to three litters of kittens a year, with an average of 1 to 8 kittens per litter.

Enriching the Environment of Your Indoor Cats

Following all of this information, if you decide that keeping your cat indoors is best for them, it’s crucial that you spend some time enriching their environment. That means adding toys that offer mental stimulation, cat trees for verticle space and climbing, and giving your cat some one-on-one time each day.

Here are some suggestions to make your cat’s life better at home:

Outdoor cats face a lot of risks, including the possibility of injury from other cats, other animals, humans, and vehicles. Over 200,000 cats are killed in road traffic accidents every year

It isn't cruel to keep a cat inside. Cats have been domesticated to become feline companions for humans. They still hold on to some of their wilder instincts, such as the want to hunt, but it's easy to give cats an alternative to practice their skills indoors. Keeping your cat inside or out is your choice.

If your cat has come home with an injury, the first thing you should do is make sure you bring them inside and then call your vet to make an appointment. Cats who are injured could have been in a fight with another cat, so there's a possibility that your can could have an infection or get sick. A vet will be able to run the appropriate tests to check.

How to Help a Pregnant Cat Give Birth

Cats
How to Help a Pregnant Cat Give Birth
How Big Will My Cat Get?

Cats
How Big Will My Cat Get?
How Long Can A Cat Go Without Peeing?

Cats
How Long Can A Cat Go Without Peeing?
Important Summer Tips for Cats