Why Do Dogs Sneeze When Playing?

By MyPetNeedsThat Staff
Last Updated January 5, 2022
Every product and service on My Pet Needs That is independently selected by our editors, contributors, and experts. If you purchase something through our links, we may earn a referral fee. Learn more

Like people, dogs sneezing is completely common. Sometimes it just happens when they least expect it as a one-off reaction to dust or mild allergies, other times it happens a number of times when playing with their humans. So why do dogs sneeze when excited? When is a sneeze not a sneeze? We’ve done the leg work and found the most useful information to answer these questions. Read on to find out more about why dogs sneeze when playing and how to tell if a sneeze is genuine or potentially harmful.

Why Do Dogs Sneeze When Playing?

A dog sneezing is adorable but you may be wondering why they do it, specifically why do they sneeze so much when playing. This can be for a number of reasons. Some are completely innocent however on rare occasions the reason could be a little more serious.

Sometimes you’ll be enjoying some playtime with your canine friend and be met with up close sneezes begging the question ‘why does my dog sneeze in my face and why does it happen a lot?’. Medical Director of Wellness Medicine, Karyn L. Collier, DVM, at Saint Francis Veterinary submits that dogs will repeatedly sneeze when playing and that these sounds are not considered to be true sneezes but a ‘play sneeze’. 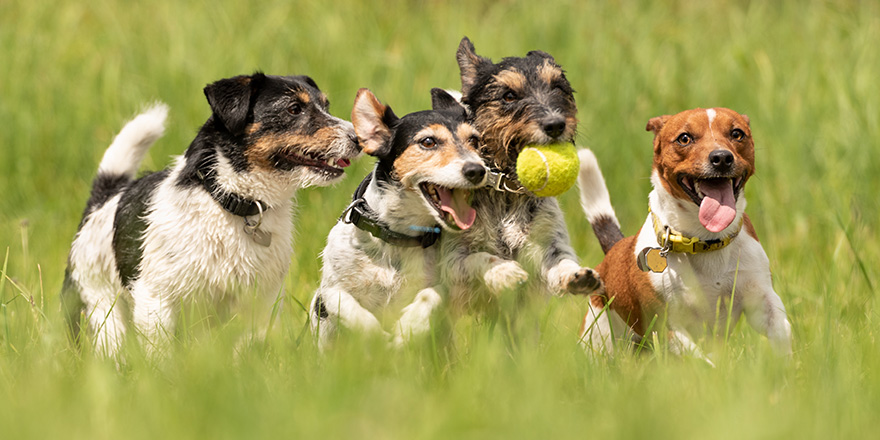 Dogs, especially young puppies, are excitable creatures that love to rough house, run around, and play with toys. They can become even more ecstatic when their humans decide to join in on the good fun or instigate play, so it’s only normal for them to let out a few happy snorts or play sneezes.

Play sneezing can also be used to get someone’s attention. Dogs have been known to use a fake sneeze or snort to engage their owners or other animals to request playtime.

You may notice that dogs sneeze more when playing. The common belief behind this is that they are reassuring their owner or the other dog that there is no harm meant. This is known as ‘play sneezing’ and is an indication that the dog sneezing is not being aggressive or initiating a fight.

A Request To Stop

Playful sneezing can also turn into a warning when two dogs play, as it’s also said that this can be a way to tell other dogs or animals that they wish to stop or slow down.

When the previous two reasons are considered, dog owners must be able to understand other body language traits to be able to successfully determine what the pooch is trying to communicate.

When your dog is happy, sneezing will be accompanied by the following signs of play behavior:

However, if your dog is not happy to play they will not be as lively and will show almost the opposite body language traits, including:

What Does it Mean When a Dog Sneezes?

When a dog sneezes it doesn’t always mean that they are ready for playtime. If you notice more persistent sneezing throughout your dog’s day-to-day life it could be a sign that other factors are tickling or affecting your dog’s nose.

Sometimes, like people, dogs are harassed by allergies. If you notice that your dog is sneezing regularly when out in the open it could be that they are reacting to the pollen in the air. If you think this could be the case, it’s important to talk to your vet, especially if you notice any breathing difficulties in your dog.

Your pooch also has an incredibly sensitive sense of smell. Dogs will often sneeze when exposed to cleaning products, deodorants, perfumes, and other household products as they will trigger the sneeze center. When using these products it’s important to make sure your dog is in another room to reduce the chances of a sneezing fit.

Your dog spends a lot of time rolling around on the ground and will often plop themselves down for a nap anywhere and everywhere. Therefore it’s likely that dust will often attack your dog’s nasal passages causing sneezing fits.

Occasional sneezing is, of course, completely normal although frequent sneezing could be a sign of a medical issue. Some of these issues include infections, mites, and dental problems however it’s worth noting that dogs can also suffer from simple colds.

Hunting dogs will wander nose first, especially on walks or trips to the dog park. These dogs are more likely to get unusual things stuck in their nose such as leaves, small twigs, and other foliage and will likely sneeze or snort in an attempt to dislodge the obstruction.

Dogs are also likely to snort or sneeze if they have an upper airway obstruction. So if your healthy dog seems to be sneezing and snorting frequently, they should be seen by a vet promptly.

Dogs and other animals often contract tiny mites that occupy the nasal passage and cause severe sneezing fits. Nasal mites can be transferred via nose to nose contact with other dogs if the mites travel to the outer section of the nose.

It’s rare that dogs are diagnosed with these tiny bugs however when they are, they can be incredibly irritating, and will commonly result in nose bleeds, discharge, and itchiness.

Dogs that enjoy a dig in the garden or on walks can sometimes develop upper respiratory tract infections. A common nasal infection caused by the accidental inhaling of fungus is known as Aspergillus Fungus. This will cause your dog to sneeze repeatedly, but will mostly be accompanied by a cough. These infections may also include nosebleeds, discharge, swelling, and pain.

If a dental issue is forming or one has been left untreated it can cause severe sneezing in dogs. This is because some teeth are positioned very close to dogs’ nasal passages and can trigger the sneezing center.

Longer-nosed breeds and senior dogs can develop tumors in one of their nasal passages. Sometimes these tumors can be non fatal however others can become cancerous. These growths may cause sneezing and irritation which can turn into nosebleeds. 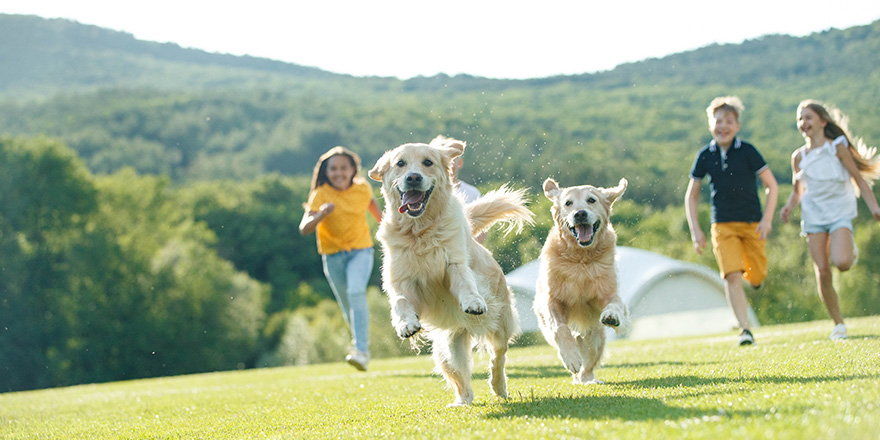 What To Look For

Sneezing alone may not be a cause for concern however when accompanied by other symptoms it could be a sign of something serious. If serious illness is present, a dog owner may notice some of the following symptoms:

If you’ve noticed an unusual amount of sneezing and your dog demonstrates any of the above symptoms, it’s vital that you visit your vet immediately. The earlier you take your dog to see them the more effective treatments and care will be and the less likely it is for these issues to progress further. Always keep in touch with your veterinarian should the symptoms persist.

A reverse sneeze is caused by irritation or inflammation of the nasal passage but can also be brought along by excitement. Many dog owners who haven’t witnessed this sneeze before may be a little startled at first as it can come out as a sudden loud noise such as a snort or honking-like sound. Many dogs who are known to reverse sneeze do so in an attempt to clear the pathway from obstruction.

This kind of sneezing is very common in Brachycephalic breeds, small breed dogs, and overweight dogs as these dogs’ short muzzles and/or excess weight can make breathing difficult.

Brachycephalic dog breeds such as the Boston Terrier, Boxer, Pekingese, and bulldog will have compressed nasal passages due to their short muzzles and small heads. This means that sneezing, including playful sneezes, will be more common.

When puppies, and even adult dogs, play they will often sneeze to communicate to their play partner that they are either excited and content or unhappy and want to take it slow. On rare occasions, frequent sneezes can imply a serious medical issue. Usually, these sneezes are often coupled with other symptoms that should prompt owners to take their beloved dog to the vet before things can escalate.

Why Do Dogs Lick Each Others Ears?

Dogs
Why Do Dogs Lick Each Others Ears?
Why is My Dog Eating Rocks?

Dogs
Why is My Dog Eating Rocks?
What Are the Biggest Dog Myths?

Dogs
What Are the Biggest Dog Myths?
Why Do Dogs Bury Things

Dogs
Why Do Dogs Tilt Their Heads?