Written by Melissa Chatterton
Last Updated July 27, 2022
Every product and service on My Pet Needs That is independently selected by our editors, contributors, and experts. If you purchase something through our links, we may earn a referral fee. Learn more

The Golden Retriever is widely regarded as one of the best breeds for families to own. They are loyal, loving, and friendly as family dogs, though they can become protective when needed. There are various shades and types of Golden Retrievers around today, with many being mistaken for the same breed variation.

In this guide, we uncover 8 dogs from the Golden Retriever breed, allowing new and existing dog owners to identify the various Goldens they come across by their coat color, size, and disposition. Read on to learn more about the different colors of Golden Retriever coats and what that means for the breed variation you’ve found. 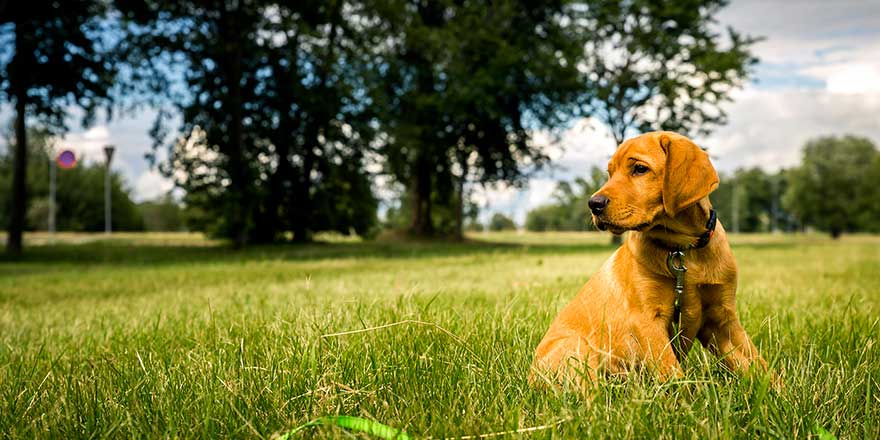 Field-bred Golden Retrievers were, you guessed it, bred to be used as outdoor working dogs. They have shorter and darker coats than the average Golden Retriever dog. Because of their shorter coat, it seems like they shed less, but they just have less fur to shed around your home, so it’s not as noticeable. Females weigh less than males and are 1 to 2 inches shorter in height.

These athletic Golden Retrievers are small, energetic, and excellent at hunting. As working dogs, it was their job to retrieve the game after it was shot by their owners. They weren’t the type of dogs to drag back big game or hunt large animals, but they were the perfect hunting companion for people who shot birds and other small mammals. 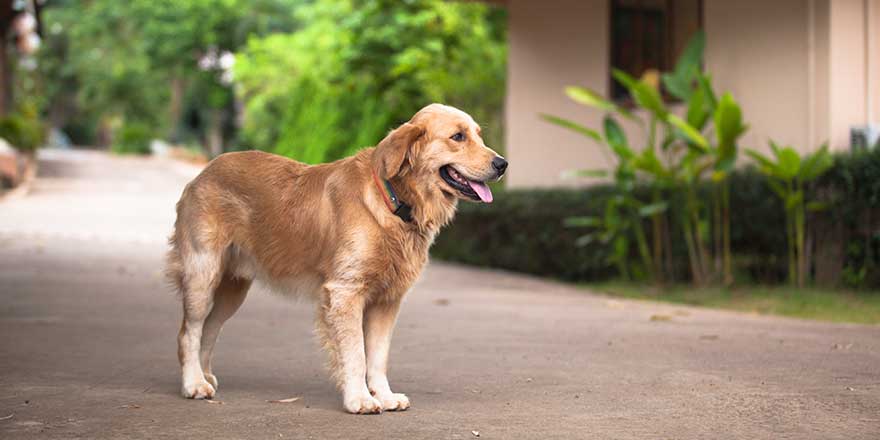 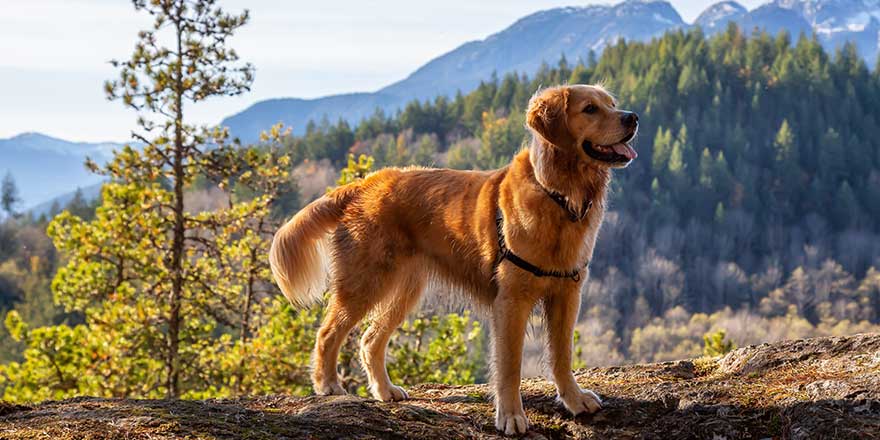 This subtype of the Golden Retriever breed has slightly different traits from their English and American counterparts. They were developed and bred in Canada, and they have thinner, darker coats than other Golden Retriever varieties. An interesting and little-known fact is that all three major types of Golden Retriever (Canadian, American, and English) come from a single lineage that leads back to Scotland.

They have lean bodies with tall stature and are known for being the most affectionate of the Golden varieties. Despite the breeding practices that led to this gorgeous dog, they still suffer the same common health issues as other Golden Retrievers. Canadian Golden Retrievers are also not as fluffy, and their fur lays flat on their skin. 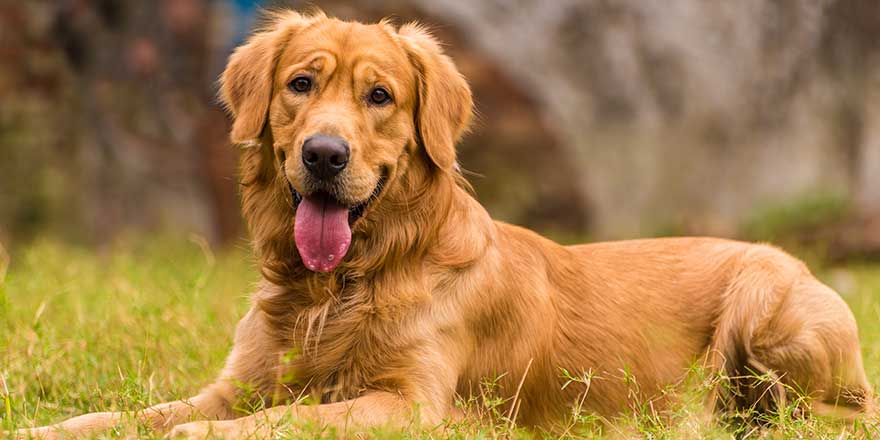 There isn’t much difference between the Canadian and American Golden Retriever variations, but American Golden Retrievers have the most recognizable appearance of a Golden breed dog. They have that soft, gold tone that isn’t too dark or too light. Their coat is a lustrous golden color, with more volume than the thinner coat of the Canadian Golden.

American Goldens are among the more common Golden Retriever types today, alongside the Canadian and British Goldens. They have extremely friendly personalities and many other positive personality traits that dog owners love seeing in family dogs. If you’re considering an American Golden Retriever, you’ll bond with a gentle pup that is excellent with children and other pets. 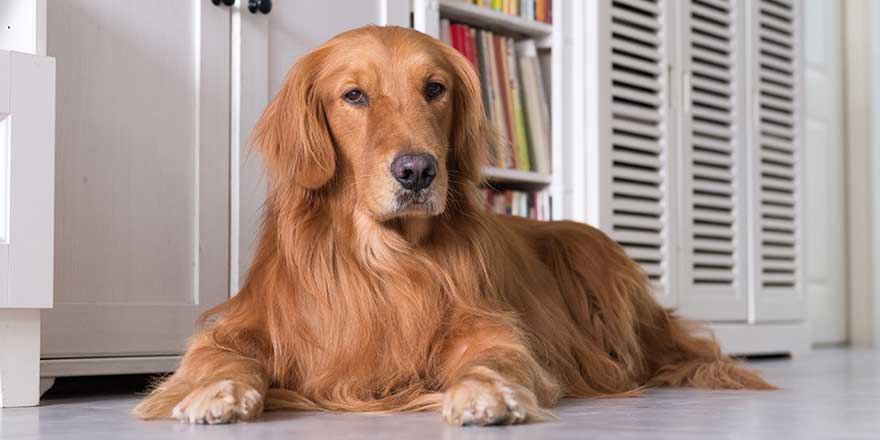 The English Golden Retriever are a dog that is extremely easy to train and are particularly calm. English Cream Goldens are great with children and other pets and have become very popular in the last decade. They were brought into the world by continuously breeding any extremely pale Golden Retrievers together until the desired color came about. 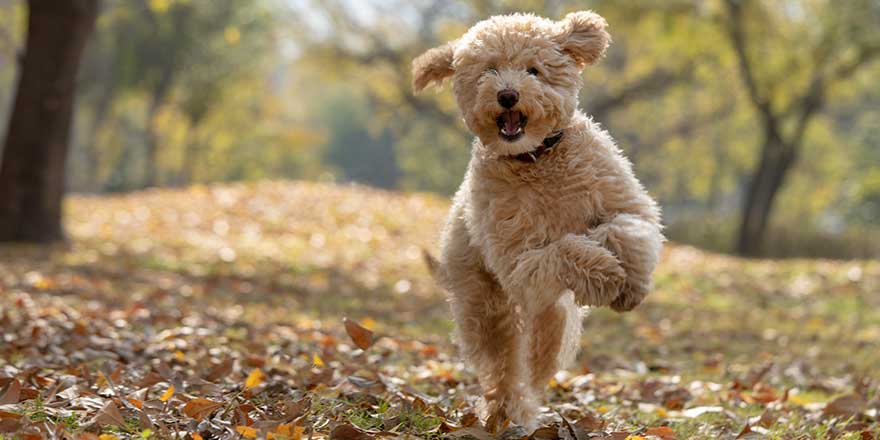 Mini Golden Retrievers came about when a Golden Retriever and a Miniature Poodle were bred together. They’re also known as “Comfort Retrievers” because of their smaller size and friendly nature, which makes them the perfect lap dog. They are a small to medium breed, so they don’t carry the issues that teacup breeds have with their health. If healthy, this breed can live up to 12 years.

Mini Golden Retriever breeders aren’t excessively hard to find. Several kennels and breeding facilities in the U.S. cater specifically toward breeding this crossbreed. These include GoldQuest Comfort Retrievers and Pacific Northwest Miniature Goldens, to name just two of the several that exist. If you are considering buying a Miniature Golden, remember to follow the golden rules of buying a dog: Find a reputable breeder, check reviews, never pay online, and ask for vet records.

Like other Golden Retrievers, you can expect females of the breed to be slightly smaller than males. 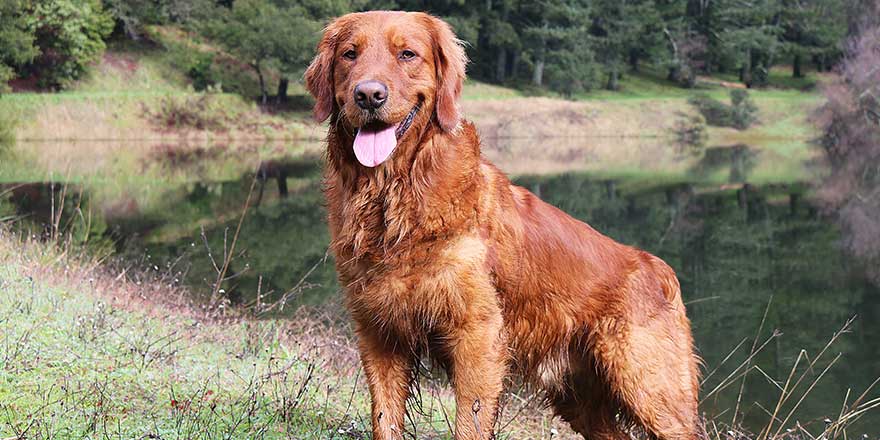 Despite being called Red Golden Retrievers, these pups are more orange in color, though the dark coats of some dogs in this variation appear to be a deep ginger color that is almost a true red. Other dogs of this breed variation have mahogany coats, a beautiful red-brown color that is very distinctive. There’s no mistaking a Red Golden Retriever for any other breed type.

Red Goldens are a little smaller than any of the standard Golden Retriever breeds and have an athletic body type. They were first bred to be hunting dogs, which has made the variation require more exercise than other types of Golden Retriever. They have higher energy levels and do not tire easily. They can still be great house pets if you live an active lifestyle, but remember to give them the right amount of dog food for their body type and activity level. 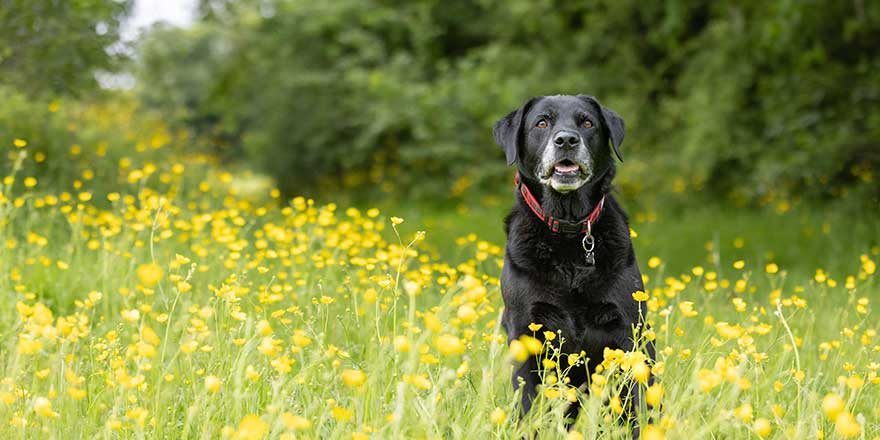 History: How the Golden Retriever Came to Be

As one of the most popular dog breeds, it’s great to know the history of how the Golden Retriever came into the world. These dogs were originally bred to be the ultimate gun dog, which could be used during hunts. Lord Tweedmouth was the creator of the Golden Retriever breed. He wished for a dog that could hunt as well in water as they could on land and decided that breeding his dog would be the best way to achieve this.

Lord Tweedmouth bred together a golden-colored dog with a wavy coat and a Tweed Water Spaniel. The breed of the golden dog is unknown, and the Tweed Water Spaniel is now extinct, so there are no first-generation Golden Retrievers around, and there can be no more of them.

The first litter of dogs born from those two dogs were all yellow-colored retriever pups, which Tweedmouth gifted to his friends. One of the puppies was thought to have been gifted to his son, who bred it with his red Irish Setter. It is this event that is believed to be the reason that red Golden Retrievers exist today.

Other Golden Retriever Breeds and Colors

There are no first-generation Goldens anymore because the breeds used to create the Golden are long gone. Any breeder who tells you they have a first-gen Golden is trying to take you to the cleaners.

A gold Golden Retriever may be any color variation from light to dark gold.

A Show Golden Retriever is a purebred Golden Retriever that is bred as close to breed standards as possible. They will have the brightest golden coat color possible, be athletic and friendly, and check all boxes for a show-winning Golden Retriever dog. They’re usually very expensive and can be bred from other winning dogs of the breed.

Crossbreeds of the Golden Retriever Include:

Other Colors of Golden you May See

Look for the subtle differences that you can identify between the three major Golden types to figure out which one your dog is. Their coat color is a good place to start, then their coat type, height and weight, and personality. If the dog is whiter, it's more likely to be English, while dark golden Retrievers are more likely to be the Canadian variety.

Any type of Golden would be at home with a family, as they all have friendly dispositions and get along with children and other pets. Instead of considering which is friendlier (because they're all gentle and kind), consider their fur type and grooming needs. A Canadian Golden has shorter hair, so may be easier to put together a grooming schedule for.

The Best Dog Food for Golden Retrievers in 2022