By Sharon Parry
Last Updated January 25, 2022
Every product and service on My Pet Needs That is independently selected by our editors, contributors, and experts. If you purchase something through our links, we may earn a referral fee. Learn more

Unique, elegant, fascinating – these are just a few of the words you will hear to describe Seal Point Siamese cats. But do they make good pets? Are they difficult to feed? Do they need special care? To save you researching this wonderful breed yourself, we’ve spent hours compiling all the expert opinion so that you can decide if they are the right cat for you. Read on to find out the top 10 things you need to know before choosing a Seal Point Siamese as a pet.

1. Seal Point is Not the Same as Siamese

Seal Point is actually a term to describe a particular color pattern and not a single breed. The original Seal Point cat was a Siamese but the seal point coloration is now found in many other breeds too thanks to cross-breeding. You can now find Seal Point Balinese, British Shorthair, Himalayan, Birman and many more.

If you want a Siamese cat, you need to make sure that is what you are getting. Only buy from a reputable breeder and ask plenty of questions.

2. Seal Point is Not the Rarest Siamese Cat Color

The Seal Point is a fairly common coloration and is the one that comes to mind when most people think of a Siamese cat. There is a Flame Point or Red point Siamese that is much harder to find. This rare Siamese is very beautiful but is, in fact, a mix of Siamese and a red or orange tabby so it is not a true Siamese.

3. Seal Points Have Adapted to Live with Humans

Siamese are an ancient breed. They were described as the ‘the royal cat of Siam’ and once graced the temple of the King of Siam. They were considered spiritual cats that may even have received the souls of dead people. At one time only royalty and priests were allowed to own them. Siamese cats were pampered and alerted priests when intruders were near.

There are written records of people in Thailand keeping Siamese cats during the 1600s but they were not introduced into Europe until the 1800s. Cat lovers in North America had to wait until the late 1890s before they were introduced to this gorgeous breed.

As the oldest domesticated cat in the world they have fine-tuned their temperament and their ability to communicate vocally with human companions. The breed has been acknowledged by the Cat Fanciers Association of the US since it was set up in 1909 and the original Seal Point coloration was the first to be recorded. Their popularity surged after the Second World War and endures to today.

The Siamese breed is a favorite at the White House! The aptly named ‘Siam’ lived with President Rutherford B. Hayes as far back as the 1800s. More recently, ‘Misty Malarky Ying Yang’ lived there in the 1970s with President Jimmy Carter. 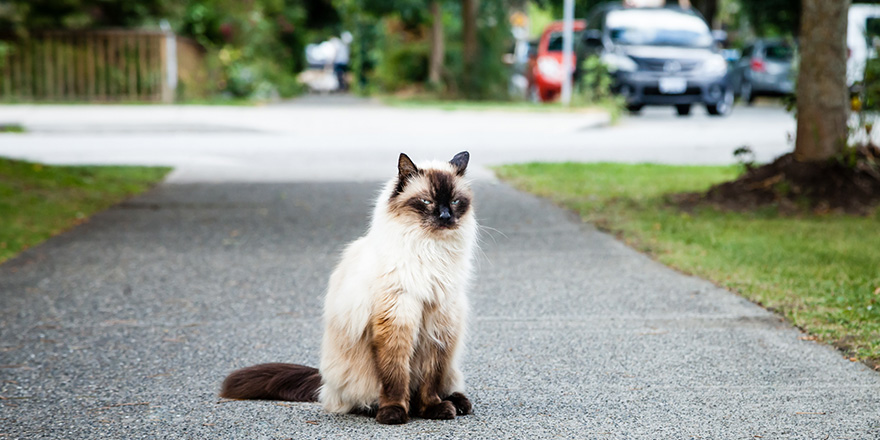 4. Your Siamese will Have Amazing Blue Eyes

Seal Point Siamese cats have electric blue eyes and are also known for having crossed eyes and a kinked tail. These passed down from one generation to another.

You can still find Siamese cats that have crossed eyes but they are quite rare. Cat fanciers found these traits undesirable and have largely removed them from breeding stock. The bright blue eyes, however, remain to this day in all Seal Points.

5. The Seal Point’s Appearance is Distinctive

Male Seal Point Siamese cats can grow up to 13 pounds in weight and females can reach around 10 pounds. You can expect them to reach around 12 inches in height. All Siamese cats tend to be graceful and elegant with a long head, body, tail, and limbs. Their tubular body balances their large ears and straight face profile.

Thanks to their albino origins, they have a white or cream-colored body and then the distinctive Seal Point coloring. They are a dark Siamese cat with dark points (Seal brown) on their face, ears, nose, tail, and paws. However, of all the color points breeds, they have the greatest variation in color. The creamy fur on their neck, chest, and belly can turn dark cream, caramel-beige or they can even look like a brown Siamese cat with a dark brown coat. Cat breeders tend to avoid the darker coat as the paler shades of body color are preferred in cat shows.

6. Seal Point Kittens Have no Points

Seal-Point Siamese kittens are born with an all-over cream color with pink paw pads. At this age, they cannot be distinguished from Chocolate Point Siamese cats. The point colors do develop at a very young age and the seal point markings start to appear when the Seal Point kittens are just a few weeks old. Their points turn dark brown.

7. Your Seal Point will Love to Play

Seal Point Siamese cats are a stunning combination of beauty and brains which is why they are one of the most popular breeds in the cat world. In terms of personality traits, Siamese cats in general are not very independent and prefer to form strong bonds with their humans. For most cat owners this is a positive thing but if you are looking for a pet cat that will ignore you most of the time, the Seal Point Siamese is not the best choice for you.

They have high energy levels and interact with children very well – you can even teach them to play fetch. They will put up with other pets including other cats in the house and the family dog if you have the patience to teach them.

8. Seal Points Can be Challenging to Train and Many Live Indoors

Seal Points be quite quirky and like things a certain way so you need to take time to get to know them.

Although they are quite hard to train and it can be challenging to correct their behavior, they need a lot of stimulation. If they are bored, they will get up to all sorts of mischief. It is common for the Siamese breed to open drawers and cabinets and to lie in wait and then jump out and ambush the humans in the family! The breed is best suited to homes where there is at least one human at home most of the time.

Many owners prefer their Seal Point cats to be indoor cats and their claws can grow to a length where they start to curl back on themselves and cause injury. They can also damage carpets and sofas! Your vet or groomer can clip them for you but you could also do this yourself by investing in good quality nail clippers. Start when your cat is a kitten and they will not mind at all – in fact they will enjoy the attention!

If Seal Points are outdoor cats they will need to be chipped in case they are lost or stolen and they will need the vaccinations that are recommended for your local area by your vet. Don’t forget their annual booster shots. 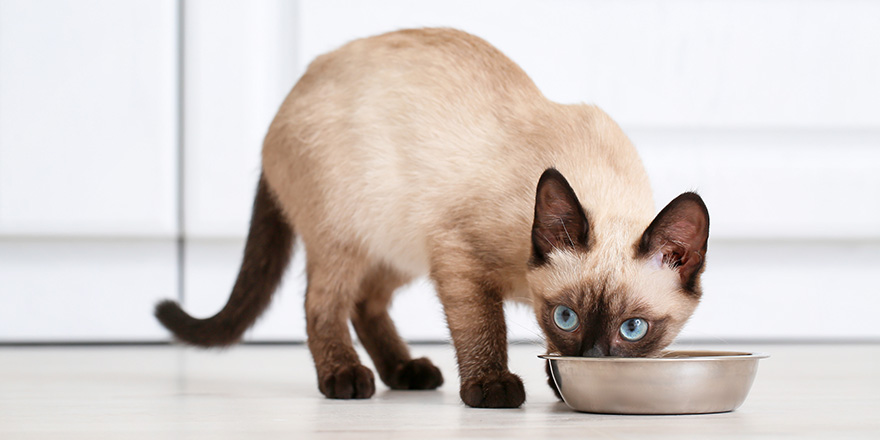 9. The Seal Point Siamese Cat Breed is Prone to Some Health Conditions

Of all cat breeds, the Seal Point has one of the longest lifespans. They can live for as long as 20 years and many live over 12 years. This is great news for devoted cat lovers who want their companion by their side for as long as possible. Obviously, your cat’s health is your priority so it is useful to know which health issues the Seal Points are particularly prone to. As with all cat breeds, there are some health issues that are of concern.

This medical term describes a group of conditions that cause the light-sensitive layer of cells at the back of the eye (the retina) to degenerate and die. The vision gradually gets worse and it can result in blindness. You will need the help of a veterinary ophthalmologist to manage this condition.

This type of cancer affects all breeds but is found more frequently in Seal Points. It is a cancer of the lymphocytes and the lymph nodes. There are several different types of Lymphoma that affects felines but mediastinal lymphoma affects the lymph tissue in the chest cavity. There can be treatment options including surgery and chemotherapy.

Feline asthma affects up to 5% of cats. A cat with asthma may have difficulty breathing and may cough, wheeze or even vomit. It cannot be cured, but in most cases it can be effectively treated with corticosteroids to dilate the airways and reduce inflammation.

This is caused by a build up of proteins in several organs. This stops them from working as they should. Chronic kidney disease and liver problems are the most common outcomes. This disease is found more often in Siamese cats because of a gene mutation that is passed down through the generations.

An orthopedic condition that Siamese are predisposed to is hip dysplasia. It is caused by an abnormality of the hip joint. This causes the joint to wear out quickly and fail. Diets with plenty of glucosamine and chondroitin may help as will anti-inflammatory medication. There may also be surgical options.

The Siamese cat diet is just like the diet that is suitable for all other cats. They need a high protein cat food that has real meat as the main protein source. This breed is prone to obesity and the fattest cat ever recorded in the world was a Siamese cat that weighed an eye-watering 50 pounds. Therefore, watch their total calorie intake carefully and cut out unhealthy snacks.

Most Seal Point Siamese cats are quite happy with either dried or wet food but it must be easy to digest as Seal Points can suffer with a sensitive stomach. Also look out for a food with around 3% fiber as this will help with stomach and digestion issues and keep weight gain in check. They need a range of vitamins for immunity, growth and tissue repair and minerals such as calcium for strong bones and teeth.

Your Seal Point Siamese cat will need the same care as all other breeds. Choose an appropriate diet and plenty of fresh water. Some cats can be very picky about what they drink so a water fountain may be better than a regular water bowl. Provide them with a quiet place where they can get away from it all sometimes, especially if you have a busy household. Having said that, Seal Points are generally very sociable cats and will probably want to spend most of their time with you! Their litter tray needs to be kept scrupulously clean and placed away from where they eat. Putting their litter tray next to their food could put them off both using the litter tray and eating!

Seal Point Siamese cats do not require a lot of grooming as they have a short coat. A quick groom with a soft brush once a week is all that is needed. This will help you to bond with your kitty and check your cat’s body for lumps, bumps, and irregularities that you need to seek professional advice for.