By Eloise Hands
Last Updated April 12, 2022
Every product and service on My Pet Needs That is independently selected by our editors, contributors, and experts. If you purchase something through our links, we may earn a referral fee. Learn more

You may hear the words “stud tail” and imagine your cat’s tail being severely damaged, however, we are here to assure you that this is not as severe a condition as the name makes it sound. In fact, the name has a rather comical meaning that is perfectly chosen to describe the condition. So if you’ve ever heard mention of the condition “stud tail” in cats and wanted to know more, you’ve picked the right place! Here are the causes, symptoms, and treatments for stud tail.

What is Stud Tail?

Also known as supracaudal gland hyperplasia or feline tail gland hyperplasia, stud tail is the result of a skin disease that affects the base of the tail and causes the sebaceous glands attached to the hair follicles to become overactive.

This skin disease can cause an acne-like appearance wherein the skin around the base of the tail looks sore, greasy, and can become infected. Blocked hair follicles lead to blackheads, which can become infected, leading to hair loss, discomfort, and swelling.

It most commonly affected intact male cats as there is a significant shift in hormones, much like teenage human beings. That being said, it is also possible for stud tail to affect neutered male cats as we as female cats – though this is seen less frequently.

If you can recognize the typical symptoms of a stud tail early on, you can avoid it becoming too severe by arranging treatment before it progresses. Once the following common symptoms start to appear it will be likely that your cat is already experiencing some discomfort, so the faster it’s treated the better off they’ll be:

If left to become serious enough, the stud tail can become painful as the raw skin develops lesions that can become infected, hypertensive, and immensely itchy. Though, for the most part, stud tails are more of an uncomfortable feeling that can become quite itchy as the sebum dries and starts to flake away – much like severe dandruff with humans.

Causes of Stud Tails in Cats 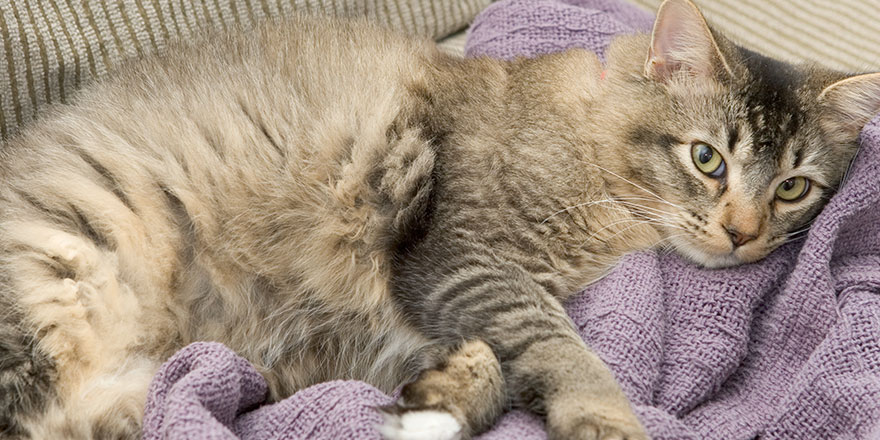 Stud tails are caused by a skin disease that causes overactive sebaceous glands. these glands will begin to produce excess sebum (a natural waxy, or oily substance meant to nourish and protect the skin, also known as skin oil). When the sebaceous glands secrete abnormal amounts of sebum it can then build up creating a crusted layer that blocks the hair follicles.

It’s believed to be caused by certain male hormones secreted by intact male cats as they go through puberty. Puberty in young male cats is the process that every male cat must go through to become a stud in their adolescence – that’s to say, a young male that’s able to breed.

In some instances, stud tail can affect both spayed and unaltered females as well as neutered males. However, stud tail in neutered cats and females is not fully understood as of yet.

How to Diagnose Stud Tail

Diagnosing a cat with stud tail is a pretty simple process. You will simply have to arrange a physical examination with a veterinary professional. During this examination, your vet will be able to determine whether or not it is a different cat tail infection, stud tail, or fleas (a flea infestation can show very similar symptoms).

Your vet will also be able to determine whether or not a secondary infection has set in if the condition is severe enough. In severe cases, a secondary infection can arise from exposure of the raw skin and open sores to bacteria. This infection may need to be cleared before you can begin treating the skin properly.

Treatment for Stud Tail in Cats 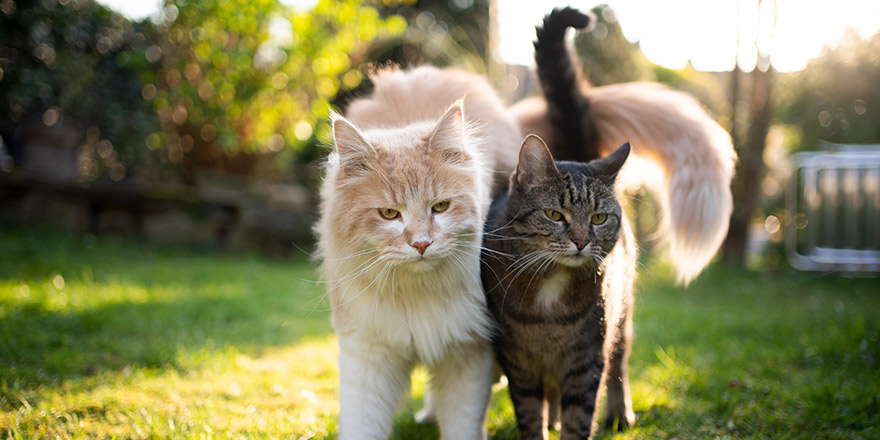 There are several treatment routes your vet may choose to go down depending on the severity of the condition:

You will likely be advised to use specialist shampoo, particularly antiseborrheic shampoos such as benzoyl peroxide shampoo, to remove the greasy patches and clear the area of bacteria. These special treatment shampoos are capable of cutting through the built-up sebum and breaking it down to make it easier to remove.

In mild cases, a topical ointment (such as benzoyl peroxide) will be prescribed by your vet to help resolve symptoms, relieve any further discomfort, and allow your cat to return to its regular activities.

Though you may also find that if the condition has progressed too much you will need to clear an infection as well. Mild infection and secondary infections are not unheard of with stud tail as the skin is particularly susceptible to bacterial invasion.

In a case such as this, the vet will likely prescribe oral antibiotics to treat the infection, which will, in turn, clear the tail pus so that you can get to the affected area more easily.

Unfortunately, when it comes to a stud tail in cats’ home treatment isn’t really an option. However, if you are aware that your cat is prone to stud tail, anti-seborrheal shampoo regularly will help to reduce the greasy fur. Under normal circumstances, the anti-seborrheal cat shampoo works wonders at maintaining a cat’s coat and reducing pore and follicle blockages.

The contents of the www.mypetneedsthat.com website, such as text, graphics, images, and other material contained on this site (“Content”) are for informational purposes only. The Content is not intended to be a substitute for professional veterinarian advice, diagnosis, or treatment. Always seek the advice of your veterinarian with any questions you may have regarding the medical condition of your pet. Never disregard professional advice or delay in seeking it because of something you have read on this website.

Not at all. Stud tail is surprisingly common in unneutered male cats and can be easily treated. Though be sure to get it looked at as soon as you notice a problem because severe stud tail can become infected which could take a lot longer to heal and leave scarring resulting in the base of the tail missing hair.

Some vets do recommend shaving the tail fur on and around the affected area in order for any topical ointments to reach the skin more easily. This will result in a smoother healing process and a significantly reduced chance of the infection returning. This will also help to prevent secondary infections from forming.

Yes, it can. Due to the accumulation of waxy or oily secretions and the potential for discharge as a result of the tail skin infection, stud tail (aka feline tail gland hyperplasia) can give off a strong unpleasant odor. This odor will become worse the longer the infection is left untreated.

Not really. Brushing the hair will only smooth the area out, but the disease is directly affecting the skin itself, meaning brushing will not do much to help fix the issue. However, very careful brushing is recommended to remove any matted hair and keep the hair soft, allowing the area to breathe. Matted hair will only hold onto negative bacteria and debris and prevent the skin from healing properly.

The Best Probiotics for Cats in 2022

Cats
The Best Flea Shampoo for Cats in 2022