Rottweiler vs Pitbull Comparison: What are the Differences & Similarities?

By MyPetNeedsThat Staff
Last Updated August 9, 2022
Every product and service on My Pet Needs That is independently selected by our editors, contributors, and experts. If you purchase something through our links, we may earn a referral fee. Learn more

Rottweilers and Pit Bulls are two popular breeds that have a bad rap. Contrary to what some believe, both canines have a lot to give, including endless amounts of affection and unwavering loyalty.

Stuck between the two breeds or simply curious about what sets them apart? Whatever the reason, we have broken the two dogs down below from coat colorings to personalities. Not to mention a brief glimpse into the history of each breed.

At a Glance – Rottweiler Vs Pitbull

An Introduction to Both Breeds

Before we get started poking around the finer details, we’ve included some information regarding the history of each breed. Getting to know these breeds individually is important and will pave the way to finding key differences and similarities between the two breeds later in this article. 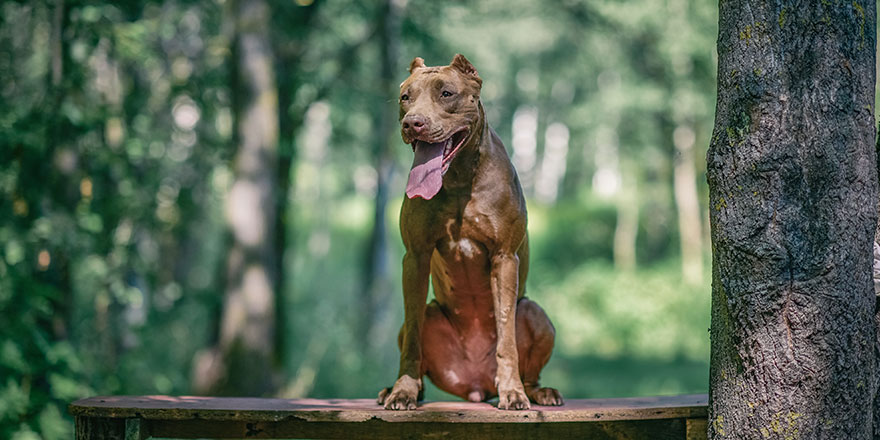 For context, the other breeds of Pit Bull include:

A Short History of Pitbulls

Sadly, the history of the American Pit Bull Terrier is troubling and has severely impacted the reputation of Pitbull. Initially, Pitbulls were originally bred to be fighting dogs and were used for violent blood sports such as bear and bull-baiting. In addition to these horrific ‘sports’, they have used in dog fighting rings where onlookers would place bets and make money from the canine fighting and suffering.

Eventually, these sports were banned. Going forward, these dogs continued their lineage and, over time, began to improve their reputation. Since they were strong and sturdy canines, they were put to work in other capacities and began to win over the hearts of many.

In time, Pitbulls became the pets of celebrities and politicians, which overall improved their reputation. Slowly, they began to make their way into the standard household, where they are treasured and become a beloved choice for dog owners. However, there are still those who believe that they are prone to aggressive or violent behaviors. 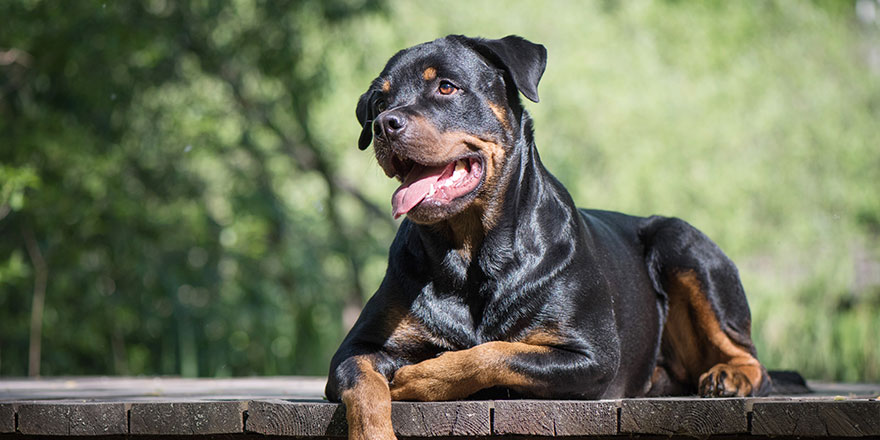 The Rottweiler is another robust canine with an intimidating appearance. However, these large-sized dogs make look tough, but those familiar with the breed know they are ginormous teddy bears. Rottweilers can indeed be loyal and watchful of their families, but the truth is that they make excellent companions due to their affectionate nature.

The Rottweiler is among the most popular dog breeds and one of the oldest. According to sources, they are descended from ancient mastiff-type dogs returning to the Roman empire.

Their purpose was to herd cattle and keep them with the Roman army on their travels. Moreover, they were employed to keep the cattle safe from predators and thieves. Due to their immense talent in guarding and herding, the Rottie began working on farms and even as police dogs. However, as time passed, like many other dog breeds, the Rottweiler became favored in homes across the US and is one of the most popular breeds known today. 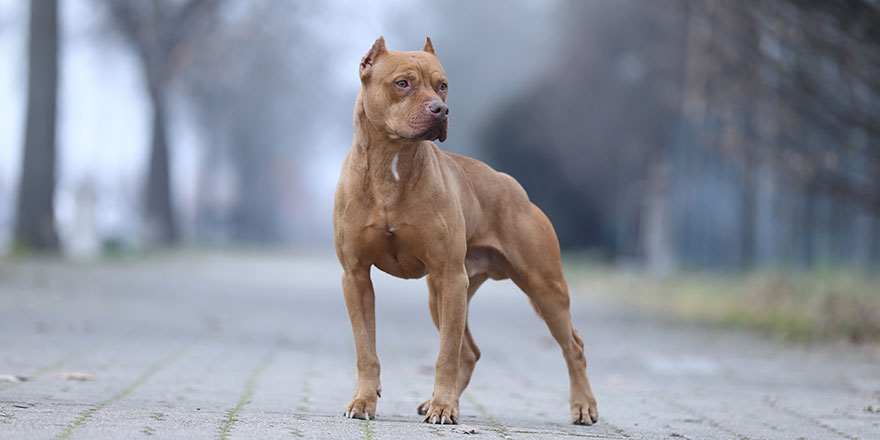 Below, you can find a breakdown of the aspects that make up each dog breed and how they are similar or different from one another.

Personality is a deciding factor for some aspiring owners, so below, you can find a breakdown of each dog’s personality, including intelligence and social interaction tendencies.

Something worth noting is that Pitbulls are prone to separation anxiety. Since they love nothing more than to follow their humans around, being away from them can be triggering. Those with extreme anxiety may resort to excessive barking or even destruction of furniture, which is why they require firm training. 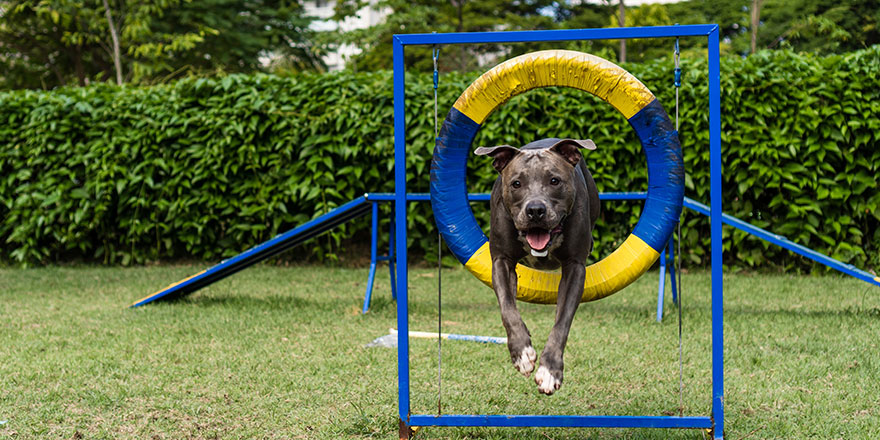 The Rottweiler and Pit Bull are considered to have a moderate energy level and will, therefore, not need copious amounts of exercise. Having said that, they will need at least an hour a day, including long walks or even a high-energy play session.

There is one significant difference. Since the Rottweiler has been a working dog for generations, they will crave exercise that involves a mental challenge. A great way to keep them stimulated would be by getting them involved with dog sports. This doesn’t mean that the Pit Bulls generally won’t enjoy challenges, but they are just as happy chasing a ball or playing frisbee.

All powerful dogs require a specific diet to support their immune systems and fuel their muscles. Owners of either breed need to pay close attention to what they’re feeding their canine companion and switch to more suitable food as they reach particular ages. This is essential but especially important as they age from adult to senior as they are both prone to weight gain in their later years. If you’re ever unsure what to feed your canine companions, you can always seek veterinary guidance.

Note on feeding Pit Bulls: In some cases, finding the appropriate diet for Pit Bulls may be a challenge as they can begin to suffer from allergies. These allergies can often be caused by food, resulting in some awfully uncomfortable and painful symptoms. Since Pit Bulls are prone to allergies, it’s imperative that dog owners keep an on what they are feeding their fur friend and any symptoms that may become apparent.

Canine education is imperative in any dog breed’s life, but it’s considered more important for those who already have some stigma. This is why it’s necessary to provide proper training for both the Rottweiler and Pit Bull from an early age. Basic training, socialization, and obedience training are the key classes you must invest in as a dog owner.

Not only will these classes teach your dog important lessons, but they are also excellent ways to bond with your pup. In addition, these lessons will prevent bad behaviors and teach them the proper way to interact with other animals and people. 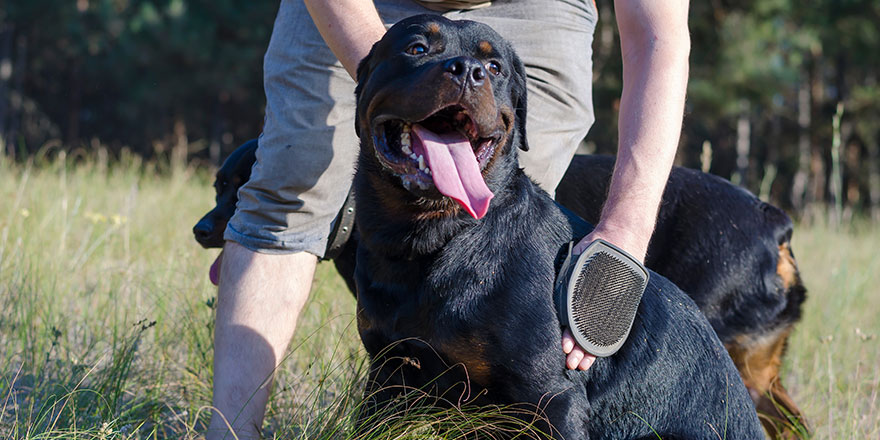 The Rottweiler will need tending to more than the Pit Bull, thanks to its double coat and shedding tendencies. For most of the year, the Rottweiler will shed moderately but significantly more during particular seasons. Therefore it’s necessary to brush a Rottie at least once a week and bathe it regularly.

Pit Bulls have a single coat that sheds very little and does not need constant upkeep. The occasional bath may be necessary when they get dirty, but they won’t need a schedule.

Although Pit Bulls won’t need as much attention, it’s worth noting that if they develop allergies, they can shed profusely. This will require alternative care rather than just brushing alone as their skin may become sensitive. This might include sensitive shampoos in conjunction with regular bathing, medication, and a managed diet.

The biggest difference in terms of their health is their overall life span. The average Rottweiler typically lives between 9-10 years, whereas the Pit Bull can live up to 15.

Although Pit Bulls generally have a longer life span, that doesn’t mean they can’t suffer from particular health issues. These include:

Rottweilers are not without risks either. These dogs can fall victim to several conditions such as:

The way to potentially avoid these health issues is by purchasing your puppy from a responsible breeder. This is because they will complete the necessary health care screenings to ensure their breeding dogs are healthy and that any pups will be less likely to develop any inherited conditions. Additionally, a reputable breeder will make your journey to becoming a dog owner significantly easier by offering advice and answering your questions.

You can also prevent conditions such as obesity and bloat by taking them to regular check-ups with your vet clinic, which will provide veterinary advice. 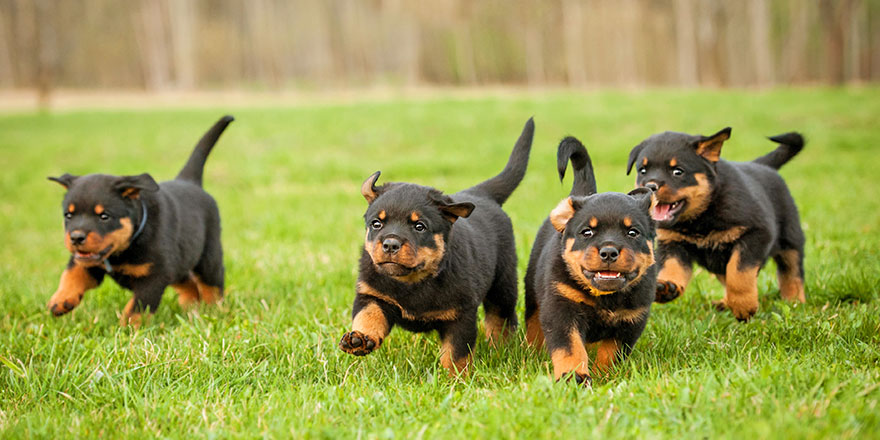 To Sum up – Primary Similarities Between the Rottweiler and Pitbull

So, with all the information above, the details below are the primary aspects that the breeds have in common:

To Sum Up – Primary Differences Between the Rottweiler and Pitbull 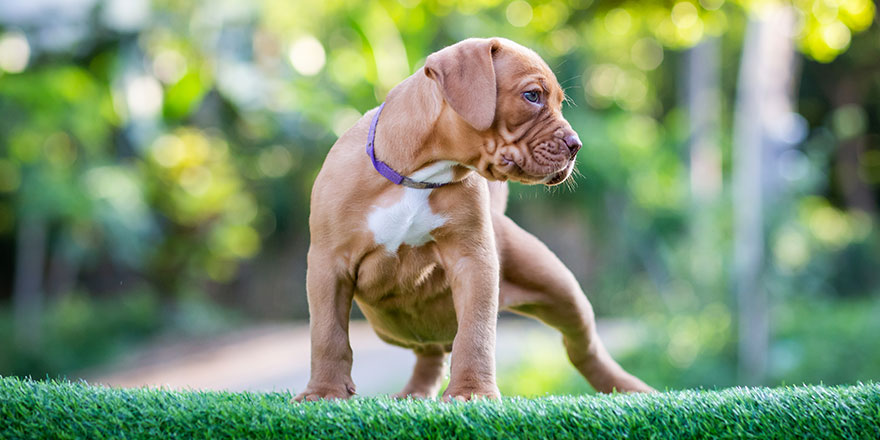 The differences between Rottweilers and Pit Bulls outweigh the similarities, with Rotties appearing to be more high-maintenance regarding their training and grooming needs.

Rottweiler Vs. Pitbull – Which is the Right Dog for You?

Both breeds are considered devoted companions but are not generally recommended for first-time dog owners due to their specific needs. For those that are experienced and are looking for a family dog, both are suitable options, but the American Pit Bull Terrier is especially great with kids (how else did they earn the title of nanny dog?). However, if you’re looking for a playful yet devoted guard dog type, the Rottweiler is for you.

A Pit Bull is a loyal, playful people-orientated companion instead of a canine bred for completing jobs and tasks. The Rottie is also extremely loyal but will crave mental stimulation since it was once put to work as a guard/herding dog. Overall, either breed will make a wonderful family pet, and the decision is ultimately up to you!

Neither breed is recommended but the Rottweiler is typically considered high-maintenance when compared to the Pit Bull.

The Rotties' bite force is said to be around 328 psi whereas the Pit Bulls' is around 240-330 psi. So you may consider the Rottie to have a stronger bite force overall.

In the wrong hands, any dog can be considered an aggressive or dangerous dog. In terms of the Pit Bull and Rottie, they are actually very gentle and loving breeds.

Rottweilers are somewhat taller than Pit Bulls and can grow up to 27 inches. A Pit Bull will grow up to 24 inches n height. Rottweilers will also be heavier than Pitbulls weighing up to 135 pounds. A healthy adult Pit Bull can weigh up to 80 pounds.